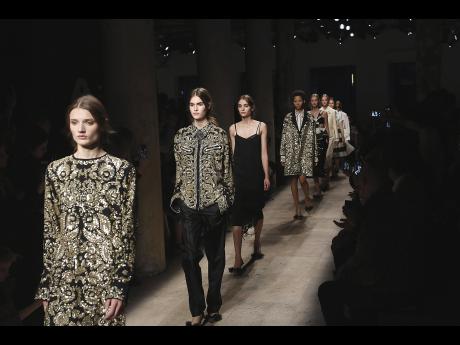 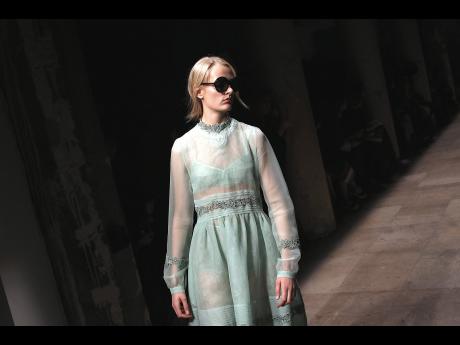 AP
A model wears a creation by Rochas for the Spring-Summer 2016 ready-to-wear fashion collection. 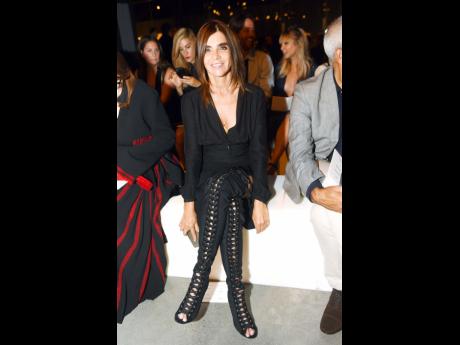 The great return of iconic couture house Courreges dominated the second day of Paris Fashion Week as fashion editor and celebrity Carine Roitfeld designed a rather foxy collection for Uniqlo.

Here are the highlights of Wednesday's spring-summer 2016 Paris ready-to-wear shows:

The designs of Andre Courreges - who laid claim to the invention of the '60s miniskirt (along with Mary Quant) - are back on the Paris catwalk after decades away, in one of the most highly anticipated house relaunches since Schiaparelli.

On Wednesday, in their first collection, creative directors Sebastien Meyer and Arnaud Vaillant hoped to attract a new generation of fans.

And it was a great debut that carefully towed the line between the house's '60s codes (minis, PVC, dropped hems) and a fashion-forward crisp and sporty aesthetic.

Standouts in this focused show were geometric mini shift dresses and some enviable suede jackets.

One of the world's biggest fashion editor names, former Paris Vogue editor Roitfeld, has decided that enough is enough and designed her own collection for high-street brand Uniqlo.

Coats in leopard, double-breasted coats, open black shirts tied at the midriff and herringbone tweed coats will most likely sell like wildfire.

And a small, chic black sweater had a scooped neckline that was both simple and sultry by exposing a flash of collarbone.

Bold, decorative flashes of colour was the added ingredient that Rochas' designer Alessandro Dell'Acqua used to set off the signature huge-volume styles that are made the house such a hit in recent years.

On Wednesday, all the colours of the rainbow were used in silky sheens in an oversize, double-breasted coat, or, after, on a '20s loose shift dress - riffing off the codes of the house founded in 1925 by the late Marcel Rochas. Giant bows came in burnt sienna, black and white and graced funky trapeze silhouette gowns. Pointy stilettos came with a large tulle puff in colours that each time mirrored hues used in the rest of the outfit.

Rochas has sometimes been compared to couture (or demi-couture), and in Wednesday's show it was clear why - an incredible gathered floor-length gown in pale oyster-white with a dropped hem possessed a ravishing swagger as the model moved. And one blush-pink dress was constructed from cut-out bow motifs like a delicate exoskeleton.

The designer is known and loved for his sumptuous, yet alternative designs, which have graced fashion-conscious celebrities from Cate Blanchett to Maggie Gyllenhaal.

This season, he turned up the glamour stakes with 1930s hair quiffs, shades and colour-rich prints and jacquard that saw voluminous coats and skirts in vermilion red, teal blue, purple, soft umber brown, and beautiful ochre yellow in one dissected, fluttery tulle skirt.

The signature of Van Noten, one of the original Antwerp Six, is his play of contradictions. Here this abounded in droves - like one '70s jacket with big shoulders and lapels twinned with silken pants fastidiously embroidered with birds.

A string quartet greeted guests at the center of Van Noten's warehouse presentation, playing throughout.

Like Van Noten himself, it was an offbeat style, with odd, often syncopated rhythms coming from the two violins, viola and cello - led by Romanian Alexander Balanescu.

The quartet came to relative fame when covering Kraftwerk, Philip Glass and Michael Nyman and went on to record and perform with David Byrne, Gavin Bryars and the Pet Shop Boys.