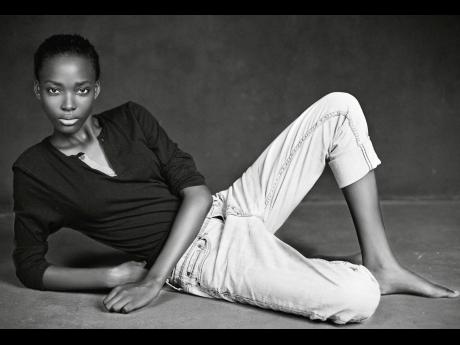 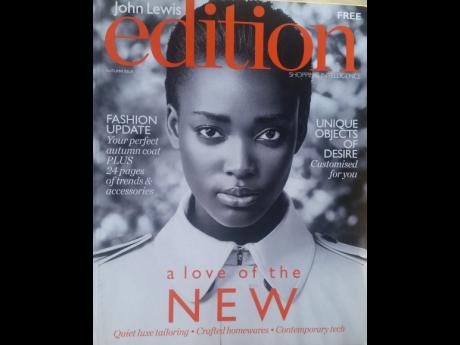 As the show season in Europe comes to an end, in another 10 days or so, the markets now looks to the campaign season that follows. News out of Paris, Milan, and London is that Pulse supermodel in the making Francine James, who took the European fashion capitals by storm last season, is poised for super stardom. Her numerous assignments were topped by 14 pages of German Vogue, set to be out this month.

Several of the campaigns and editorials that she shot in the first half of the year are also out and this will undoubtedly be a catalyst for career advancement in the last quarter of 2015, heading into the new year.

James will spearhead a six-prong Pulse attack on the European market, featuring its young new stars.

A five -member Pulse contingent to London and Paris, headed by CEO Kingsley Cooper earlier this month, was greeted by huge images of James in several stores and high-visibility city locales. Her John Lewis campaign first hit the market in the United Kingdom. She is also featured on the cover of John Lewis' Edition. Also out is her work in Stockholm for one of Europe's major brands, Ahlens.

This is in addition to the amazing new global campaigns and editorials being done by Pulse's established supermodels, Jeneil Williams, Oraine Barrett and Nell Robinson.

Last month, Barrett inked a critical new deal with Ralph Lauren for his high-performance, high-tech suit, and Williams, still riding high from her history-making L'OrÈal cosmetics campaign launched earlier this year, has reaped new campaign successes for Nike and others which cannot be announced at this time, and Nell is featured in multiple pages of July's British Glamour.

Apart from her 14 pages of German Vogue and the John Lewis campaign and cover, James has appeared on the cover of British travel magazine Suitcase and in editorials, campaigns and promotions for 1981, ESPRIT, Vlisco, Ahlens, LNDR, Todd Lyn, Vanessa Steward, Marios Schwab, Faith connection and Olympia Letan, among other assignments for various clients in Europe.

James was discovered by Pulse CEO Kingsley Cooper while a 14-year-old student at Camperdown High School. A top-performing student, James achieved outstanding success in the CXC exams, and won the Pulse Model Search in 2013.