The women behind the men who came 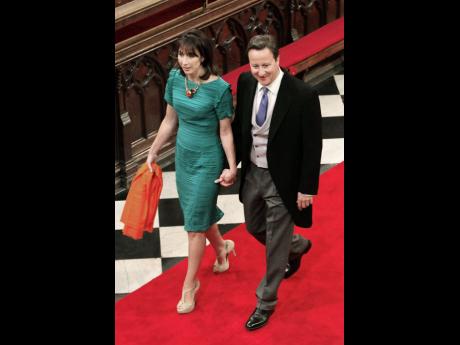 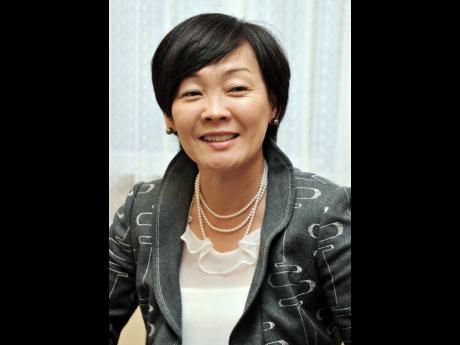 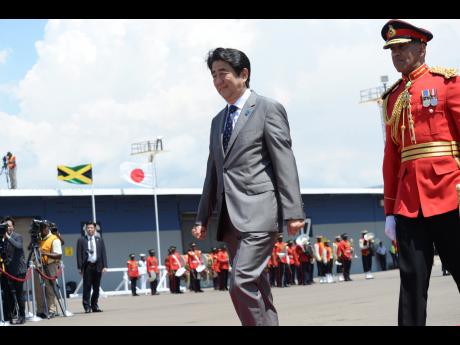 It is often said, behind every great man is a great woman, and though it is by no means a prerequisite for career success, a supportive life partner can propel one professionally.

In light of the recent visit by British and Japan prime ministers, Flair would like to tell you who the women behind these men are.

Born Samantha Gwendoline Sheffield on April 18, 1971, in North Lincolnshire, England, she is the eldest of two daughters born to Sir Reginald Adrian Berkeley Sheffied, eighth Baronet, a descendant of King Charles II, and Annabel Lucy Veronica Jones. She is a distant cousin of Diana, Princess of Wales.

Cameron studied at Camberwell College of Arts, and went on to study fine arts at the University of the West of England's School of Creative Arts. She married her husband, David, in 1996, and they have had four children together. Their first child, Ivan, died at age six from a combination of cerebral palsy and a form of severe epilepsy.

On May 13, 2010 - just two days after her husband was elected prime minister - Cameron announced that she was stepping down from her full-time executive role, and that she would be taking on a part-time consultancy role. Cameron attributed her decision to a new pregnancy, as well as the difficulty that followed the death of her eldest son in February 2009.

Akie Abe is the wife of Shinzo Abe, the prime minister of Japan. Born in Tokyo on June 10, 1962, Akie Matsuzaki, is regarded as a socialite, from a wealthy Japanese family - her father is the former president of Morinaga & Co, one of Japan's largest confectionery companies.

She was educated at Sacred Heart School in Tokyo, a Roman Catholic High and Middle School, then graduated from Sacred Heart Professional Training College. Abe received a master's degree in social design studies from the Rikkyo University in March 2011. She then worked for Dentsu Inc, the world's largest advertising agency, before marrying Shinzo Abe in 1987.

In the late 1990s, she worked as a radio disc jockey in her husband's hometown of Shimonoseki. Popular in the broadcast area Akie was well known by her jockey name, 'Akky'.

Today, she is popularly known as the "domestic opposition party" due to her outspoken views, which often contradict her husband's. Following her husband's first stint as prime minister, she opened an organic izakaya in the Kanda district of Tokyo, but is not active in management due to the urgings of her mother-in-law. The couple have no children, having undergone unsuccessful fertility treatments earlier in their marriage.

Abe is a supporter of sexual minorities and the LGBT community. On April 27, 2014, she joined the gay pride parade in Tokyo to show her support for broader rights to Japan's LGBT community.

She has been engaging herself in social activities such as school construction in Myanmar. After becoming the first lady of Japan, she expanded her activities by devoting herself to the field of education, women, and international exchanges.