What is an adoption licence? 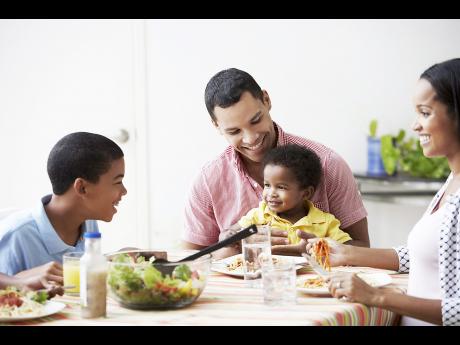 Both views cannot be correct, so I looked more closely at the matter.

Section 6 of the act sets out the requirements that must be met for an adoption order to be made and Section 10 (6) states what should happen when an adopter is domiciled, but not ordinarily resident in Jamaica. Importantly, Section 6 provides for the delivery of the child into "the care and possession of the adopter" in Jamaica for a period of three months after the Adoption Board has "made arrangements for the adoption of the child". At the end of that period, the adopter and the Adoption Board must decide whether an application will be made to the court for an adoption order to be made or not.

The word licence first appears in Section 23 of the act and is somewhat defined in Section 24, which states that the licence serves to authorise the care and possession of a child for (sic) whom adoption arrangements have been made to be transferred to a citizen of a scheduled country resident outside the Island".

What does this really mean? Based on what is stated on the CDA's website, it seems to interpret Section 24 to mean that an adoption order will not be sought in Jamaica if a licence was granted to transfer the child overseas. Instead, the adoption process will be completed in that country. (It should be noted that the licence will have to be granted for the child to be placed with the adopted overseas if the adopter is not the child's relative or guardian or is a citizen of a Commonwealth country, the United States of America, Sweden or Denmark - the "scheduled countries".)

According to the CDA's website, an adoption under a licence should be completed within two years, during which time an approved social work agency in the country to which the child has been transferred will send periodic reports to the CDA. Eventually, a copy of the adoption order granted in that country should be sent to the Adoption Board in Jamaica.

On the one hand, those details are not set out in the act or the rules, so I have come to the conclusion that the CDA has developed practices that include some usual directions that a court granting a licence will make. On the other hand, however, the judge has interpreted the relevant portions of the act and rules to mean that even if a licence has been granted for a child to be delivered into the care and possession of the adopter overseas, the only difference the licence makes to the section 6 procedure is that it extends the placement period to six months, instead of three months, in keeping with Section 10 (6) of the act.

If that is correct, it means that after a child has been placed with an adopter overseas for a six-month period, the adopter and the Board must then elect to either have the child returned to Jamaica or to complete the process by making an application to a court in Jamaica for an adoption order.

Even if I did not agree with the Judge (and I do), the board seems to now have no choice but to accept the judgment of the court in relation to the interpretation of the licence provisions. For that reason, the Board will need to complete all adoptions commenced in Jamaica by making applications for adoption orders right here. In other words, when a licence has been granted to transfer a child to an adopter in a scheduled country;six months later, provided the conditions attached to the licence have been met, the Board must review the adoption arrangements and determine whether an application for an adoption order should be made. In my view, the act provides for that application to be made in Jamaica.

The act is screaming for review to add clarity to the process. Can this become a priority?

• Sherry Ann McGregor is a partner and mediator in the firm of Nunes, Scholefield, DeLeon & Co. Please send questions and comments to lawsofeve@gmail.com or lifestyle@gleanerjm.com.