What would you do: Hunger Games 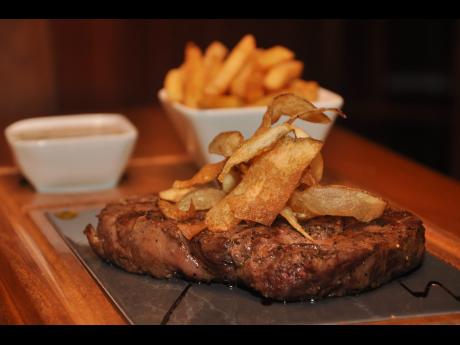 Time after time, we have heard the saying "The way to a man's heart is through his stomach". Well, what if that theory is tested in the actions of a complete stranger, under the watchful eyes of your lover?

We posed this scenario to some of our readers: A couple is out having a good time at a barbecue. When the man says to his girlfriend or wife that he is hungry, she doesn't move. Another woman, unknown to both, eavesdrops on the conversation, goes over, fixes the man a plate and carries it back to him. What would you do if you were the girlfriend/wife, or the boyfriend/husband in that situation? And they had an interesting take on how they would react:

It all depends on the gesture: Suppose she is the party waitress and I didn't know? I can't disappoint her if she's doing her job. If it is clearly a move on me, then I would say thanks then discuss it with bae after. But if it is a genuine gesture, then nothing should come of it.

I would eat it and then rub it in my girlfriend's face. Not that I couldn't have gone and got it myself, but maybe I was testing her and I would want her to know that she failed.

I would be in a quandary. But out of respect, I would not take it and use the opportunity to cuss my lady out.

That's very tricky. On the one hand, I would never take food just like that from a woman I don't know. I would imagine, too, based on the scenario, that it is a friend of ours hosting and the woman is a server, in which case it would be fine to take it. But I can't imagine it being smart to take food from a strange woman, both for safety reasons, and so as to not cause World War III with my wife.

I guess I would take it. I mean, she has shared it already. And perhaps she's one of those persons - sociable like that. But it would be better if I knew the person. I think I would take it, but I would be reluctant. Plus, my girl is right there. So I have to take the plate so as not to offend the lady. And, I guess I'll share the plate with my girl so that she doesn't feel badly.

I 'm not taking it. I don't join the food game of accepting anything edible from an unfamiliar woman. The older you grow, the more you know: I've learned to stay in my lane, especially under certain circumstances. When we go home, we deal with the issue.

I wouldn't take it. Wouldn't want my girl to feel bad or upset. Besides, it sounds like that girl is looking a man - people's man to be exact.

I would be ashamed, especially if it is that she beat me to the punch. But if it is a crosses girl who went for it, a questionable one? Then I would be angry if he took it and I would express that anger.

I would watch my boyfriend and see if he takes it. If he does, then we have a problem.

I'd probably say thanks, take it and partake in it, because on the very small chance she is not being conniving, I wouldn't want to shame her.