Christians and Halloween: Horror or fun? 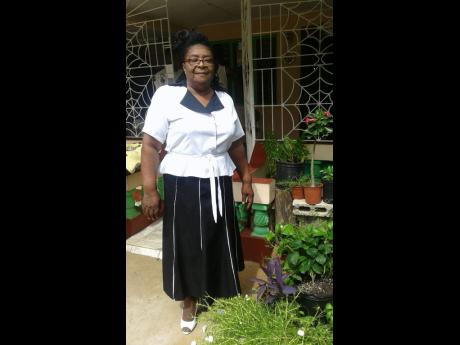 October 31, the day when Americans celebrate Halloween, has also made its way to Jamaica's entertainment circuit. So much so that there are parties promoting the celebration, with many getting into the mix with masks and their children taking up the practice of 'trick-or-treating'.

Speaking as a mother and minister of religion, Pastor Zebulah Aiken said it is a dangerous practice and those embracing it should first take time out to examine the concept behind the celebration.

"From my research, October 31 is regarded as 'The Festival of the Dead'. Halloween is associated with evil, witchcraft, communicating with the dead and paganism," she said.

According to the pastor, Jamaica is already afflicted by too much evil manifesting itself in the form of children being brutally murdered and raped, uncontrollable crime and all kinds of other spiritual warfare.

Aiken invited those who see nothing wrong in embracing this American tradition to examine all the elements that go into the celebration.

The pumpkin carving she said is used by occultists to try and scare away spirits.

"They do this in the hopes that the spirits will move to another location sparing their property from destruction. Look at the scary masks that are made to wear in its celebration," she pointed out.

All the activities, she said, are in reference in one form or another to paganism, divination and some form of ritual pertaining to the dead. "Is this something that we want to embrace and add to our rich culture?" She stressed.

For the pastor, it is ironic that many parents have fallen short when it comes to sending their children out to Sunday or Sabbath schools, yet they think nothing of encouraging them to embrace another country's practice.

Aiken said the time has come for parents to revert to exposing their children to wholesome practices. "The moral fibre of the country has been torn apart because we have stepped away from the old landmark. Now is not the time to embrace Halloween; it is not for us. It has never been a part of our calendar celebration and what's more, apart from the financial gain to those pushing it, it adds nothing to us as a people," she said.

Aiken points out that Jamaica is not short on cultural activities for us to be looking to embrace another.

"It would also do the children well to partake in stuff that will teach them more about their culture and ones that will have a more positive influence on them."

While she has no control over who parties, she is warning Christians not to get caught up in it, as, for her, evil is attracted in many forms.

Using the Bible as reference, she said Christians should "abstain from all appearance of evil"

"Once you open the door to evil, there is no telling what you are inviting into your lives," she said.

Pastor Aiken said parents should also monitor what their children are watching during the month of October as her granddaughter Donnaiya, after feeding on a steady diet of Monstober on Disney channel, suggested some of what she was watching be introduced to the Sunday School.

"I had to tell her that in church, we don't do anything demonic or indulge in any other spirits," she said. The danger, she said is not just in the environment, but in what children are allowed to consume.