MINE FOREVER: The Dennises' love story 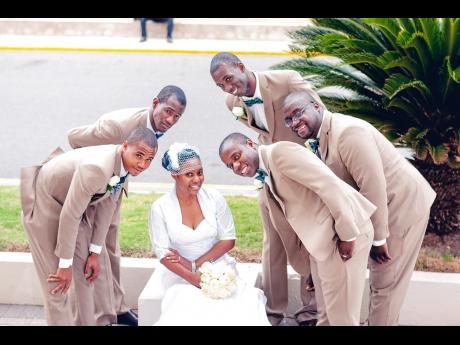 Contributed
The bride surrounded by the groomsmen from left: Andrew Richards, Kemar Aiken who was the best man, Eugene Dixon, Delano Witter and Tyrone Reid. 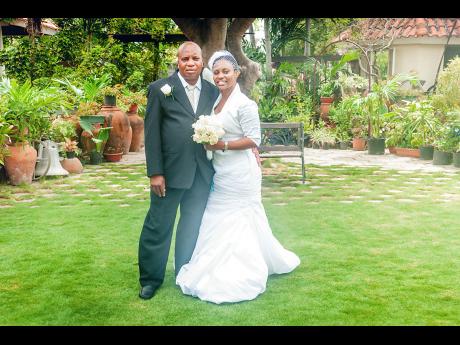 Contributed
Kimberlyn Dennis and her father Kenneth Slowley after the reception at Alhambra Inn. 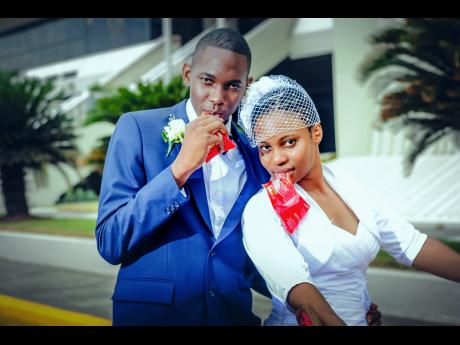 Contributed
The newlyweds Barnswell Dennis and Kimberlyn hijacked a bag juice vendor 'juicy' and had a moment with bag juice. 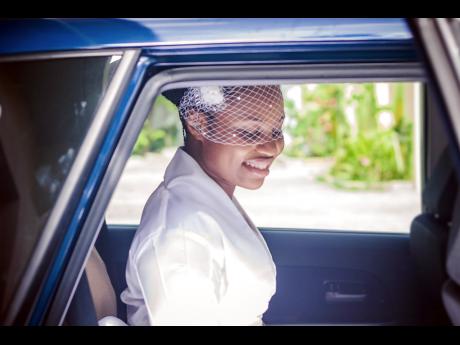 Contributed
The beautiful bride to be Kimberlyn Slowley arriving for her special day. 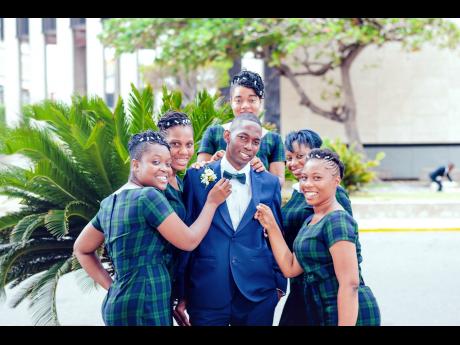 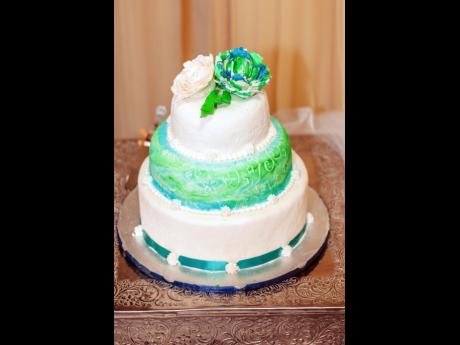 Contributed
The lovely wedding cake that was in line with the Meadowbrook theme made by Dionne Sicard. 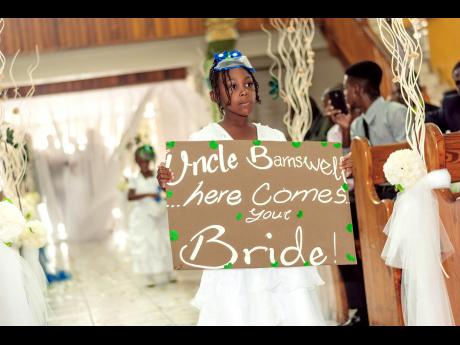 Contributed
Kayla Campbell the adorable mini-bride walks with a sign introducing the bride. 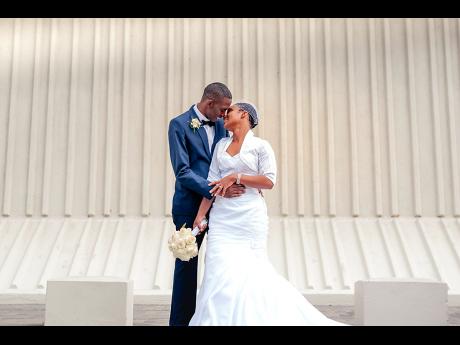 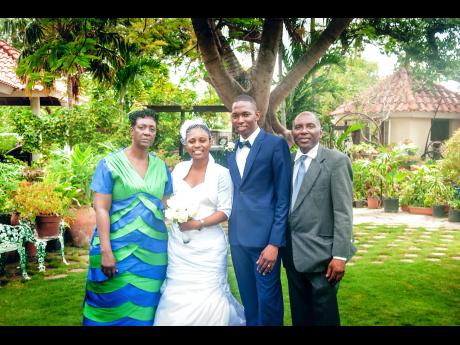 Kimberlyn Slowley and Barnswell Dennis saw each other in the halls at Meadowbrook High School, but it was not until Slowley found her way to Dennis' place of worship that they knew they would be each other's happily ever after.

Both attended the same high school but never spoke. Dennis thought that she was out of his league, and Slowley had no interest in Dennis, whom she thought at the time was a nerd.

Fast-forward a few years after high school, when Slowley was invited to Faith Chapel Apostolic by a co-worker (Tyrone Reid). She became a regular visitor, and one Sunday, she sat beside the boy she always passed in the halls. She said 'hi', and, at first, that was it. Soon, they became friends and she sat in the same spot every Sunday, and shared his hymnal.

Slowley got saved and, as fate would have it, on July 6, 2013, she called Reid about a tract distribution form and Reid gave her Dennis' number. He believes that he had set the wheels in motion for their romance, because ever since that day, the two have never missed a day without exchanging a call or text.

Slowley admits that he never stopped being a nerd, but she had matured. She knew that she had fallen for him when she started to google things about astronomy because it was something that he was interested in and wanted to be able to keep up with his conversations. It was something her friends teased her about, but it did not matter, she continued googling anyway.

"Strangely, I fell in love with her quickly. Strange, because I don't normally fall in love that quickly. But something about her had me falling for her so easily," Dennis told Flair.

On February 28, 2015, Dennis came to her house early in the morning under the guise of collecting something from her sister, Kerryann, who had just returned to the island. She was in her room when he arrived and they called her to the living room. When she went, her two brothers, her sister and her father were there.

"He (Dennis) said to me, 'You know I love you.'" She admitted that the statement was a little awkward for her in front of her father, and as she saw him going down on his knees, she bolted out of the room. Her brother started jumping up and down on the sofa. Her house had turned into a complete circus. Dennis eventually found her, and proceeded to propose. With tears streaming down her face, she said, "Of course."

After this, she found out that this was all pre-planned, because her father had given Dennis his blessing.

On July 11, 2015, their wedding ceremony took place at the church where it all began, at 9 a.m., followed by the reception at Alhambra Inn.

"When I saw her, mi glad bag buss. She was looking so beautiful and I knew she would officially be mine forever," Dennis said.

While the same feeling filled Slowley's heart, she was filled with nervousness. As she walked down the aisle and saw how beautifully her church sister Marsha Small had decorated the church, her heart was full.

The decor was predominantly white, with a touch of green and blue, sticking to the Meadowbrook theme. It looked like something out of a fairy tale. When she saw her groom, she couldn't hold back the tears realising that she was marrying the man of her dreams.

They were surrounded by close friends and family. All of whom wished them a happily every after. While Slowley's mother, Carol Gordon was unable to physically be there, she was able to see her daughter walk down the aisle, thanks to Skype.