The Origin of Halloween 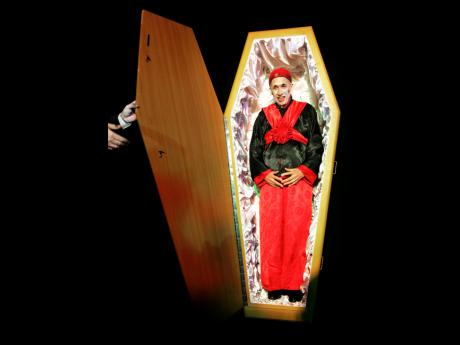 It's that time of year again when more and more Jamaicans are gearing up for the American tradition - Halloween. It is a three-day (October 29-31) celebration of superstition, and costume parties that involves the entire family.

Halloween practices are mostly from Celtic paganism in the British Isles, and their feast of Samhain - the New Year. They believe it was the time of year when ghosts and spirits came out to haunt, and the Celts would appease the spirits by giving them treats.

It was said that October 31 came to be called Halloween when the Christians proclaimed November 1 as All Hallows' Day. Unable to stop the pagan ritual of Samhain, the Christians made it a day to celebrate saints who had no day of their own. The night before, or All Hallows' Eve, was later shortened to Halloween.

As the month of October winds down, Jamaicans usher in the season with gatherings, costumes, sweet treats and fiesta preparations.

Over time, Halloween evolved into a secular, community-based event characterised by child-friendly activities such as trick-or-treating.

Trick-or-treating is a customary celebration for children. Dressed in costume, they go from house to house, asking for treats (customarily candy) with the question, "Trick or treat?" The word "trick" refers to "threat" to perform mischief on the homeowners or their property if no treat is given. The practice is said to have roots in the medieval practise of 'mumming,' which is closely related to 'souling' (The Christian practice of going door to door and offering prayers for the dead.