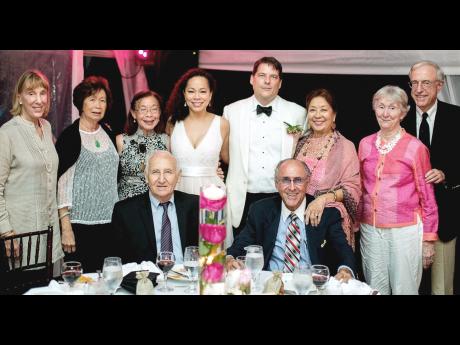 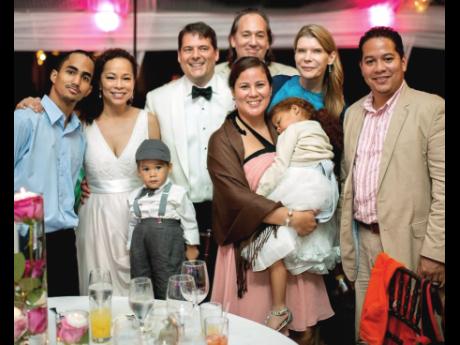 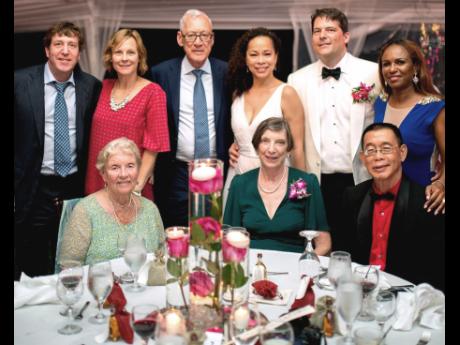 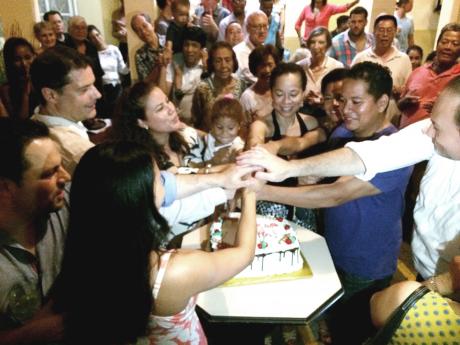 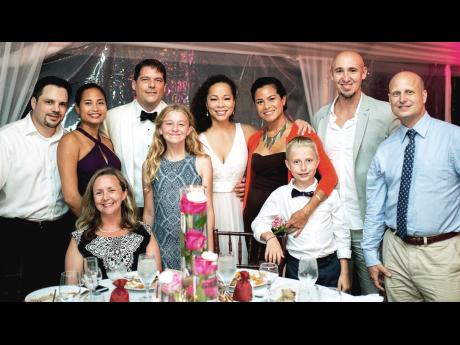 Contributed
Standing at back, from left: Dr Kevin Nash and his wife, Nicole; Maurice Dupré and his new bride Nadine; Terry Herman and her busband, Kent; and John Dixon. In front (from left): Tricia Dixon, her daughter, Sarah; and son, JJ. 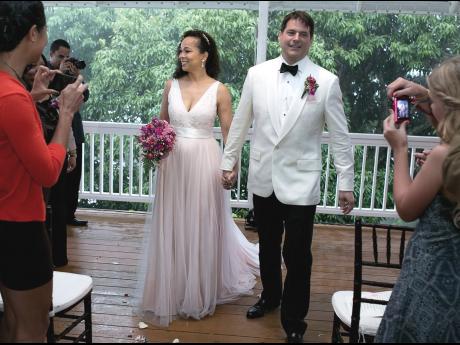 Contributed
The Duprés after signing the wedding registry. 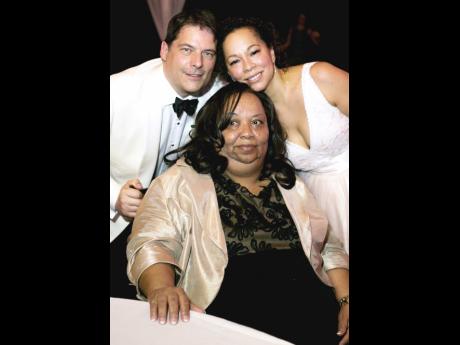 Contributed
The newlweds with the bride's mother, Angella Chang. 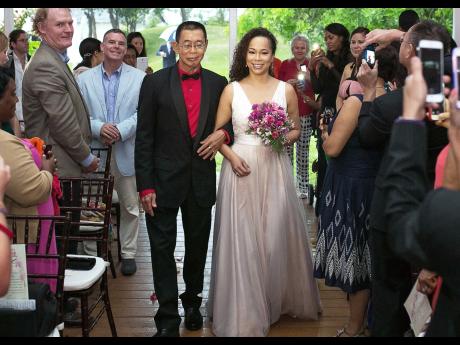 Contributed
Egerton Chang walking his daughter, Nadine, up the aisle. 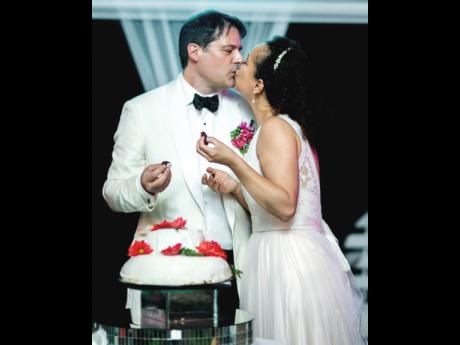 Contributed
Nadine and Maurice kissing while sharing their wedding cake. 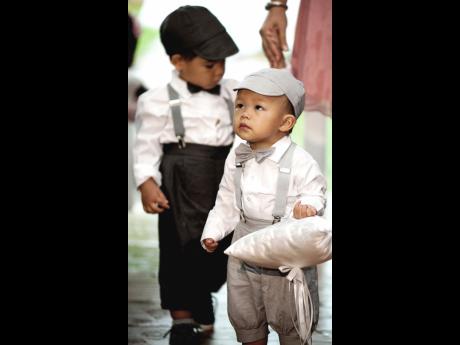 More than 80 guests from Boston, Toronto, London, Los Angeles, Ontario, Canada, Orlando, and Hong Kong, turned out to attend the weekend of festivities celebrating the matrimonial union of Nadine Chang and Maurice DuprÈ.

Even though the weather forecasted thunderstorms for the entire weekend, all were determined that nothing would disrupt this joyous occasion.

From the rehearsal dinner the day before, to the after-wedding party which doubled as a birthday bash for the bride's brother Warren, the weekend was filled with revelry.

Maurice, a founding partner of a luxury home furnishing company, Satori Designs, based in Los Angeles, and Nadine, a successful employment lawyer working in the legal department of a large publicly-traded company, also in LA, were introduced by mutual friends - Lin Shi and her husband, Adam Furber, three years ago when they went on a double date.

After, Maurice told Nadine he would give her a call. Nadine recalls, "Imagine my surprise - it is Los Angeles after all. When people say they will call, they usually don't - but he actually did."

The rest, as they say, is history. On August 2, Maurice popped the question.

On Saturday, October 3, 2015, under a torrential downpour, Maurice and Nadine were joined as husband and wife at the pictureque Strawberry Hill in Irish Town, St Andrew. Despite the rain, the couple was grateful for the abundant blessings received from above, which broke the long-standing drought the island was experiencing.

The glowing bride and handsome groom made a gorgeous couple as they put their mutual love on display for all who were present.

The bride's mother, Angela Chang, made a surprising entrance - having arrived in Kingston just a few hours before, as she was not expected to make it in time.

Her father, Egerton, played the gracious host to the rehearsal dinner and the post wedding/birthday party.

There was a very emotional father/daughter dance to Joe Cocker's, "You Are So Beautiful To Me", which had guests in tears. The bride reminded all that it was the same song they had danced at her sweet 16.

The happy couple would like to thank Strawberry Hill and, in particular, Cadeene Chin See, sales & events coordinator.

Also special thanks to AndrÈ Fraser of Escape 24/7, Margaret Chang and Susan Hendricks, who superbly organised and catered both the wedding rehearsal dinner and the after-wedding/birthday fÍte, and who provided the beautiful fairy tale decor.

All worked through challenging circumstances to create a truly fantastic weekend.

And to the lovely guests, most of whom travelled from overseas, they expressed sincere gratitude to everyone who weathered the storm and stayed to witness and participate in their nuptials.