Mexico's Day of the Dead 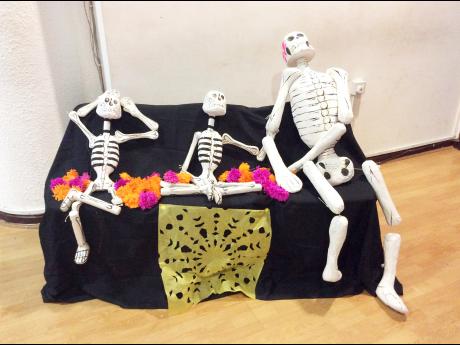 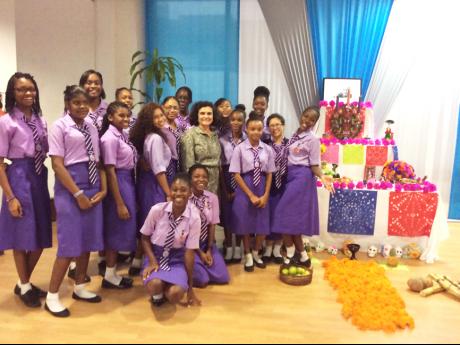 On November 3, the Mexican Embassy in Jamaica held its annual celebration El Dia de los Muertos - The Day of the Dead.

Held at the Petroleum Corporation of Jamaica's auditorium, it commemorates the tradition of indigenous Mexican communities.

Mexican Ambassador to Jamaica, Cecilia Jaber, noted that this annual celebration was added to the UNESCO'S list of Oral and Intangible Heritage in 2003, to safeguard the cultural diversity and the creativity of the indigenous people. She explained that the holiday dates back to the pre-Hispanic culture of the Aztecs who often held festivals dedicated to the goddess Mictecacihuatl, known as the Lady of the Dead in honour of their loved ones who had passed away.

This year, a traditional altar was created, which featured the joyous skeletons, the traditional flower used during this holiday, a wide array of traditional Mexican food, and a portrait paying homage to one of Mexico's most celebrated novelists, playwright and diplomat, Carlos Fuentes.

The highlight of the culinary display was el pan de muerto - dead bread prepared by the Grand Palladium Hotel, as well as candied squash.

Earlier in the day, Grade 11 students from Ardenne High School in Kingston and the Bishop Gibson High School in Mandeville took part in the presentation of El Dia de los Muertos in order to increase their understanding and appreciation of the Latin American culture and language.