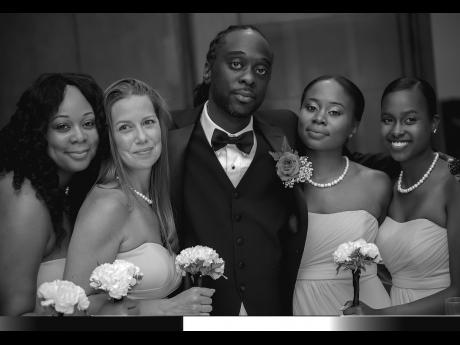 F.A.B. Photography
The beach princesses lend their support to the groom. 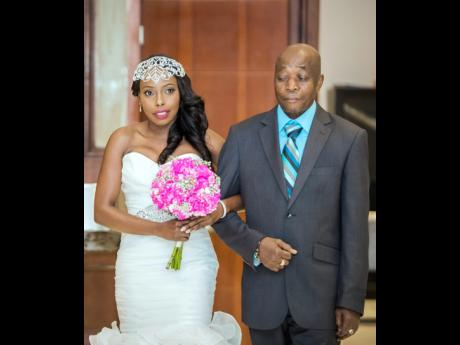 F.A.B. Photography
Sheree-Ann Fletcher being escorted to the altar by her doting father Felmin Fletcher. 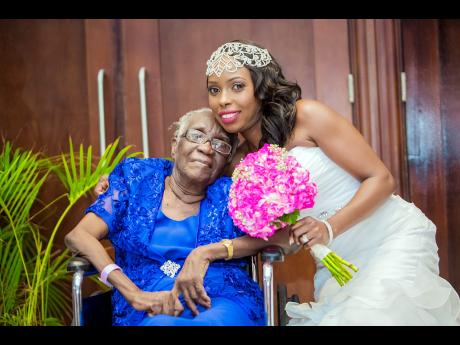 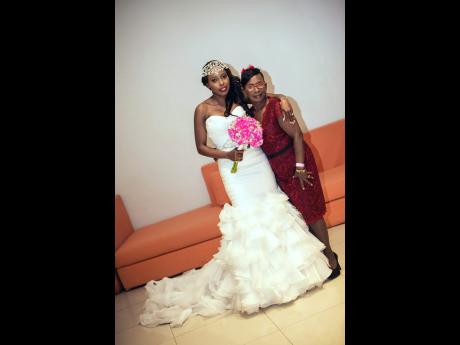 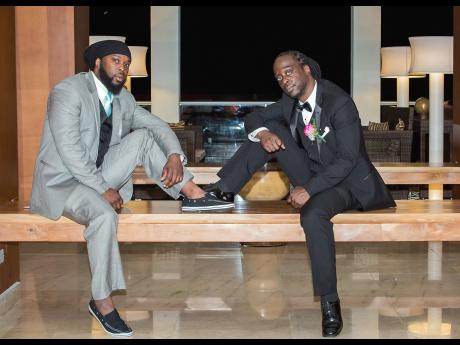 F.A.B. Photography
It is brotherly love and support on the Browns' day, when they take their journey to Happily Ever After. 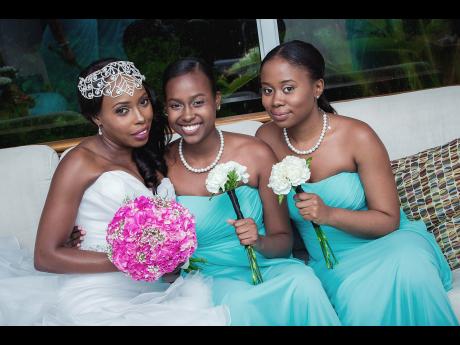 F.A.B. Photography
Like a true fairytale, the bride shares her story with her princesses. 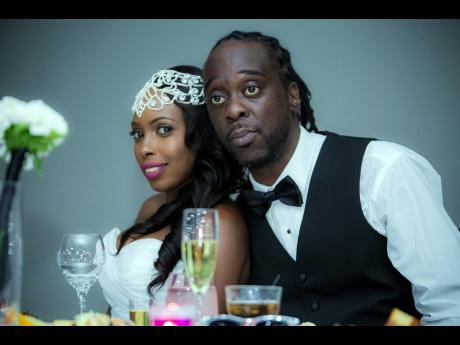 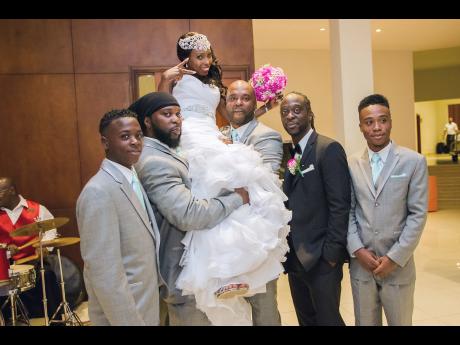 Sheree-Ann Fletcher was not ready for a relationship when she first met Shawn Brown. But all it took was a little persistence and a kind heart to show her that this was going to be a love that was meant to be.

Fletcher and Brown had met at a social gathering and hung out with friends a few times before, but there was no spark, well not on Fletcher's side. So when they lost contact, she had forgotten about him. However, it was not the same for him and he knew he had to find this young woman who had captured his attention.

After a year, he managed to get her number and soon after, showed up at her home telling her that he would make her his woman. Though hesitant at first, before Fletcher knew it, they were dating, and soon after, moved in together.

Living with Brown gave Fletcher a new perspective on the relationship. She knew she loved him, but having him under the same roof was at times a scary experience. He has flaws, but she could not deny what she felt inside. The icing on the cake appeared when she saw how well he dealt with her daughter. He treated her as if she were his own. Loving her was enough to make her happy, but loving her daughter was enough to melt her heart in a way she never expected it would.

On New Years' Eve 2014, they were surrounded by family and friends to ring in the new year. Fletcher was oblivious to what Brown had up his sleeve, but he was ready to change their lives forever.

As the clock struck midnight and people were cheering, he got down on one knee, asking her the question that would put the final stamp on this love story.

"Will you marry me?" he asked. Her answer was, "Yes!" Her heart was full, she was excited and overcome with emotion. It was the best surprise a girl could get.

On October 23, they tied the knot at the Royalton White Sands Resort in the presence of family and friends. With a tropical beach-inspired decor, Tiffany blue radiated throughout the room and on the bridesmaids, who were picture perfect. The centrepieces were the talk of the town - tall vases with sand, sea shells and exotic flowers to keep with the alluring theme - perfect for their special day.