Season 5 top designer - The men behind the runway 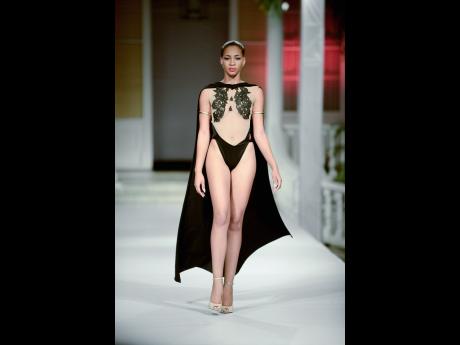 A nude and black piece from Ryan Chan. 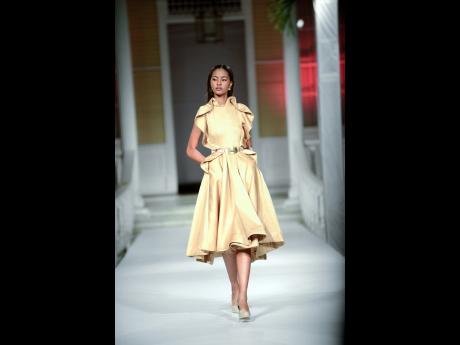 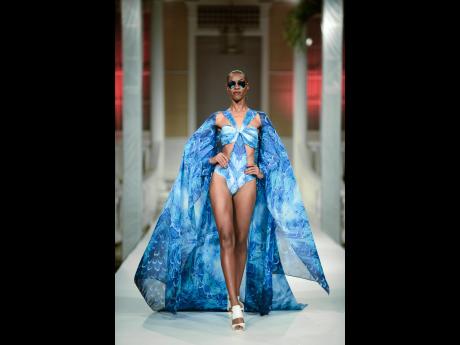 Of the 12 designers who started out in season five of the 'Mission Catwalk All Star', only three very talented male designers were left to battle for the top spot and a $5-million prize packages.

Comprised of past contestants, the remaining three are Ryan Chan from Trinidad and

Tobago, David Rolle from The Bahamas, and Renardo LLoyd from Jamaica. They battled it out on the runway at Devon House last Sunday.

Chan, who won season two, told Flair that his collection was inspired by his personal experiences.

"I really wanted to focus on myself and please me. I didn't think about who I wanted to wear it, or where I wanted to sell it. I was just thinking about making a collection that would make the crowd go crazy," he explained. Chan said that his experience in season five was fun and he has made a lot of friends. A win for him would give him the opportunity to expand his brand, especially outside of the Caribbean.

David Rolle was second in season three, and added his revolutionary theme of colourful printed fabric. His collection was inspired by the story of Christopher Columbus and his discovery of the West Indies and the meeting of the Tainos.

"I wanted to show the things that would have surrounded them at the time - the feathers, flowers, blue and white of the sky, purple of the sunset, and all the tranquility. I also wanted to show how those body paintings can be transformed on to fabrics," he explained.

Rolle said he loves a challenge and he enjoyed this year's season as well as working with mentor -international retail expert, Mercedes Gonzales. Win or loose he noted that he was ready to take his career to the next level.

Jamaican Renardo Lloyd kept his collection glamorous using a lot of gold. Dubbed 'The modern Goddess', he explained, "I wanted to focus more on the modern part of it, because I really wanted to do something that was more wearable. I like structure so I did a lot of structured details in my pieces and they came out well," he shared. Lloyd who was also in season three, said the experience this time around was similar. The challenges were the same but his interpretation was different.

"If I should win I definitely want some of my collections to be in stores- that's my main goal."