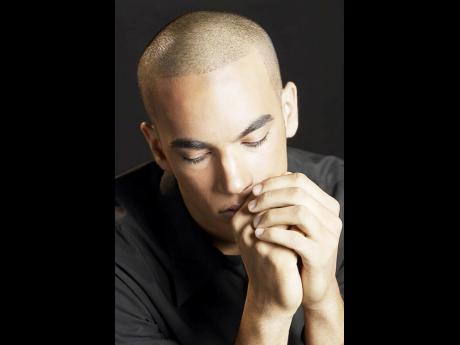 I've got a friend. His name, for the purpose of this column, is Morty.

Now, Morty is not a bad guy, in fact, he's a pretty cool dude. Loves a pretty face, but things don't always work out for him. In fact, they've never worked out for him. Yet, he's a bit of a loner, but tries to be sociable. And there's one of Morty's dilemmas. He loves to be around people who are vivacious; they make him feel alive. But simultaneously, they unknowingly make him feel inadequate as well.

He's got no tales of grandeur to tell, no adventures to relate. He says it doesn't bother him, but I'm not stupid. It eats away at him everytime, hence why sometimes he just flies solo. Nobody to compare himself to. He's the leader of the herd in that way, I guess.

The problem is that Morty's perception of himself is his biggest hindrance. When others look at him, they see a well-adjusted, confident man. When he looks in the mirror, he sees the donkey from the Winnie The Pooh cartoons. People see a young man who is not even close to reaching his peak. He sees a grumpy octogenarian who has reached the end of his life and feels he doesn't have much to show for it. People see an almost-Casanova who must be good with the ladies. He sees a weird little man who could easily be the subject of either a Law and Order: SVU episode or a History Channel documentary.

GETTING OUT OF YOUR COMFORT ZONE

I've tried to help him. I really have. I've even tried singing Christopher Martin's I'm a Big Deal anytime I'm around him. But it's hard. Ask anybody with even a smidgen of experience with flora. The best time to bend the tree is when it's young. Morty's been growing slightly skewed for a while. He just needs to get out of his comfort zone, I tell him. Just get up and start walking out of it. But imagine that zone is like your own country, and trying to get out of it is like physically walking from the most eastern point to the most western. Morty's country is apparently as big as the old Soviet Union. His favourite song is 100 Years, about a man who 'only' has a century to live and when he reaches age 99, he can't believe how fast the years have passed. At least, that's Morty's interpretation.

Don't get me wrong, he's not the finished article. I mean, it's not like he's dead. Though sometimes I wonder if he might speed up the process just a bit. Hopefully not, but you never know. Old habits, especially the ones that aren't necessarily good for you, are hard to break. I haven't given up on Morty though. The Berlin Wall did come down, South Africa discontinued apartheid, and gay people can marry in the United States. So things and times change. So do people. So hang in there, Morty! And remember fi invite me to di wedding!

• Tell me what I should advise him at daviot.kelly@gleanerjm.com