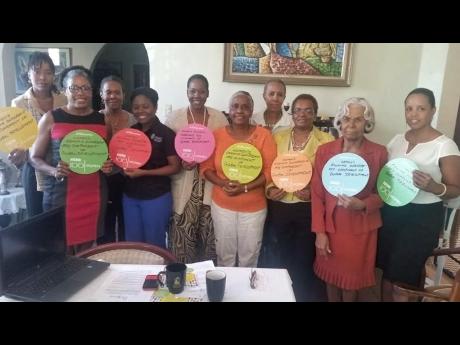 Women Business Owners (WBO) Jamaica Limited, was invited by the BBC to participate live online with more than 100 organisations in more than 50 countries around the world in the third BBC 100 Women Online International Conversation.

The group was requested to agree on an eight-word slogan, which represented their discussion and the group agreed on - Women's Economic Ownership Key Component of Global Development.

The conversation also addressed the following questions posed by the organisers to all participants worldwide:

• Do we need quotas in the boardroom?

• What are some of the pressures and expectations faced by women?

• What is a good girl or ideal woman?

• How important is your image?

President Lorna Green summed up the discussions, noting: "Consensus of the conversation was based on our actual experience in Jamaica, and we agreed that women who are perceived to be 'beautiful' are more likely to succeed. We also agreed that quotas could be used temporarily to increase the number of women in the boardroom on condition that these women are qualified - while recognising that many boards are now led and populated by inadequately experienced men who are not judged as harshly as women."

Finally, to end the conversation, BBC posed the question globally to all participants: "If you could eliminate one pressure on women to make life easier what would it be?"

The Jamaica team answers ranged from "... freedom from historically perceived role of biologically assigned domestic servitude; perception that beauty is more important than brains; and the need for a female to be twice as good as a male to do the job a male is doing."