Kelly's World: Get the cat 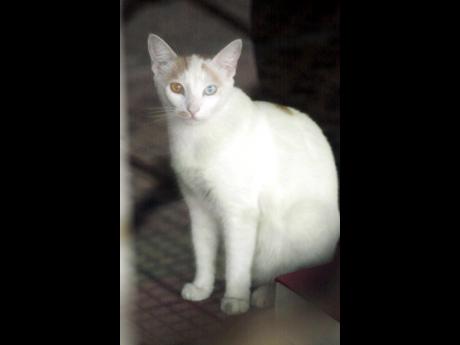 A popular soca song has the lines "somebody kitty cat, get away and it running amok."

Well in fairness to one particular feline, the cat didn't have a choice in the matter. A story in The Star newspaper last week, talked about a woman who went cat crazy at a dance by gyrating on, and with, a puss! Yes, a cat. Not a man, not another woman. Not even a light post (at least the post can help 'brace' her up). She went with a cat. And by all indications, the four-legged, furry feline was not enjoying the festivities one bit.

Now the first question that came to my mind was where were all the men at this party? And, assuming there were men there, why did this woman decide not to dance with any of them? Surely even a half-asleep fellow who's resting beside one of the speaker boxes would have been able to help.

Now I know humans are strange beings, look no further than yours truly. But I'd rather sit my (increasingly) fat butt down before I start dancing with any living organism other than a grown woman. At the most, I'll just stand and jam by myself. But grabbing an animal? Ahm, no.

Could this become a fad?

My biggest fear is that this might catch on as a fad. Earlier this year, I'd already expressed alarm at some of the things happening in dances around Jamaica. This incident certainly isn't helping my unease. The last thing we need to see now is this becoming a trend where women, or anybody for that matter, are dancing with animals. I can see it now, the wine-wid-yuh-dog dance. Or di palaav-pon-yuh-puss dance. I grew up hearing tales of men allegedly having intercourse of the sexual kind with goats and sheep, etc. That made me queasy enough without fully losing my lunch. Don't think I could stomach dance routines on top of that. We already have animal-based dances like the Puppy Tail, so this might just be the unfortunate evolution.

Thing is, we can't even blame this on the silly season (no not the politics, the other one). YouTube and this increasingly annoying scourge that is social media have showed us enough rubbish to know this has nothing to do with a particular time of year. People just dumb as brick. And that might even be an insult to bricks.

OK, this is where my paranoid mind is going to go haywire. If the animals are going to be used as dance partners, they may have to start paying admission, too. Promoters looking to score points with the animal demographic will probably lay out special food. Not sure how well our four-legged friends will be able to support the bar, but I guess the promoters can figure that out over time. Imagine a horsey raising his hoof with a glass of 'Henny'?

Oh dear! If it gets to that stage, I think I'll stop the world train and get off. Later!