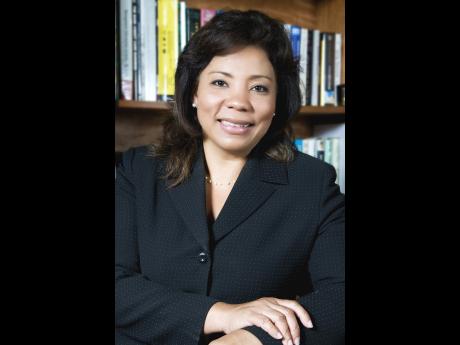 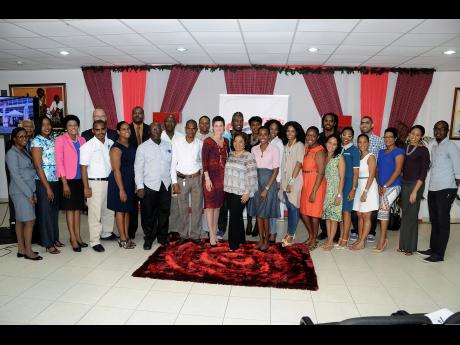 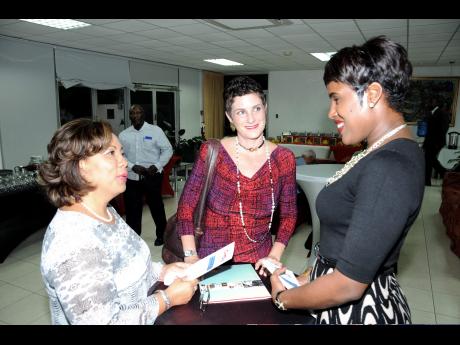 An accomplished businesswoman and pioneer of ActionCOACH in Jamaica, Marcia Woon Choy never settles for mediocrity. Her efforts have yielded award-winning results, but she won't let up until she fulfils her purpose.

An influential presenter and motivational speaker, Woon Choy has inspired hundreds of business owners to achieve higher performance in their personal and professional lives with her potent, strategic coaching skills. Her work has resulted in big wins for her clients, including Everton Bryan of International Asset Services, who was named CEO of the Year at the 2014 ActionCOACH Business Excellence Awards for the Americas, and Valrie Grant of GeoTechVision, who won the Female Entrepreneur of the Year Award.

Last year, Woon Choy also received the ActionMAN award by ActionCOACH Global for excellence in performance, and she is consistently ranked in the top 100 coaches in the world. She is also a MasterCOACH, one of only three women in the world to hold that title.

Through the Scotiabank Vision Achiever Programme, Woon Choy has been using her expertise to strengthen the economy, one business at a time. This year, she coached 25 Vision Achievers -a continuation of a long-term working relationship with the bank as part of its overall thrust to empower SMEs.

"She has been pivotal in our SME thrust-with her quick wit, success strategies, and her pragmatic lessons which she imparts on our Vision Achievers." She continues, "She has a solid track record locally and internationally, and we have entrusted her with the important role of building capacity within the small-business sector."

From early tenures at Air Jamaica and CitiGroup Jamaica, and now her own consulting company, MWC Associates Ltd, Woon Choy today helps to shape strategy through incremental changes across all industries. No stranger to challenges, she often uses her own personal anecdotes to inspire clients.

Her father died when she was only seven years old, so she grew up in a single-parent household in Duhaney Park, with her mother and three siblings.

They endured financial struggles and made sacrifices, but these would prepare her for her career and help her to overcome and achieve despite the odds.

"I did not grow up rich or from Cherry Gardens, unlike what some people may believe. I've had some dark times," she shared with Flair. "Perseverance is key, and having a mother who refused to make you settle for less than you were capable of achieving."

Before joining ActionCOACH, as a practising Christian, Woon Choy had an epiphany leading to her belief that one can make a difference. To her, this dream was personal, and would make her life even more enriching. "I am fulfilling my purpose, and creating my legacy, something I encourage all persons to do. This is more than a job for me, it is more than work - it is a calling," she states.

At a defining moment in her professional life, she asked God to show her how He would have her use her talents.

"How many people will I have impacted, and would my life have had significance before I leave this earth?" She searched for the answer, and it came with remarkable serendipity - she saw the ActionCOACH Google advertisement, she clicked, and the voyage began.

She received training in Las Vegas with the world's leading business and executive coaching firm, and her franchise license proved to be the perfect match. She seamlessly aligned her previous work experiences with her new life goal, and coaching skills. She became the first to establish the ActionCOACH brand in Jamaica as a single practice. "I soon realised that I would have to acquire the exclusive rights to Jamaica so that I could have multiple coaches, and have a bigger impact," she concluded, relaxing in her chair.

How has Woon Choy managed to impact the economy since she started coaching? The answer is in the improved mindset of the hundreds of business owners she has coached. The profit growth in their companies and the number of jobs they have created. "They have learnt to value the business of their trade, and they are recognising that they don't know enough about business and need to learn continuously," Woon Choy added with a smile, "As our founder Brad Sugars says, 'You cannot grow a business that is bigger than your thinking'".

An instrumental aspect of her lessons, she explains is a phrase she constantly drills: "learn and develop yourself, and know your numbers". That way, she argues, you are creating the right environment for success. "It has frightened me as a former banker just how many business owners have no financial knowledge, and have absolutely no idea of how they make a profit, or the level of profitability in their business." With eyes wide with disbelief she continued, "I think that's one thing I am changing. As long as you stand in front of me, that's one constant message. Know your numbers- get above the line; get your financial software and packages in place; and invest in an accountant. The second thing is having a vision for your business and making sure you continue to educate yourself and invest in learning and development so you can grow your business' profitably."

She explained that each individual who goes through her coaching, and the Scotiabank Vision Achiever Programme, shines in their own unique way, making strides in implementing processes and systems in their business, more effective marketing, increased sales, and profits. "Seeing all of them embrace the knowledge, taking action, and having the growth in their business has been awesome," said Woon Choy. "I see that because of what I have taught them using the ActionCOACH coaching system, they have developed that confidence to step out, take action and get amazing results. I am eternally grateful to Scotiabank for partnering with ActionCOACH to achieve our vision in Jamaica."