Pray or namaste: Can a Christian really practise yoga? Is it a sin? 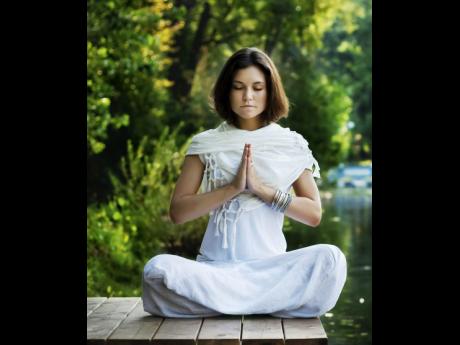 In the west, Yoga has become a very popular form of exercise and relaxation. Yoga is an eastern meditation practice with its roots in Hinduism, where it is viewed as a chance to unite the body, mind, and spirit.

Yet, when it comes to Christians practising yoga, the discussion is very heated.

Some argue that the spiritual features of yoga mediation are not in line with Christian standards.

Director at Northern Caribbean University, Dr Robert Wright, states, "From my understanding, yoga involves emptying the mind and being filled with the spirit of 'the universe'. But that can be dangerous because this makes way for other spirits to enter the mind." Instead, Wright says Christians should meditate on the things that are pure, virtuous, and holy, (Philippians 4:8) and ultimately "on the God of our salvation".

Other Christians reject yoga altogether, based on the fact that it has its origins in Hinduism and interfaith practises that are not accepted by most Christian denominations.

Reverend Reginald Crutchley, a motivational consultant, tells Flair that as a form of meditation, yoga is not so much a focus on religion and spirituality, but is more "an exercise that induces calmness". He warned that as long as the Christian identity and yoga are kept separate, then Christians should be free to practise it. He agrees that in the Western world, yoga is used more in a medicinal way to care for the body and mind of a person than for religious purposes. "It can be an advantage for health and self-peace ... the human body replenishes itself with mind relief, so in that way it can be beneficial."

Today, the idea of 'Christian yoga', the non traditional form that involves practising yoga without the spiritualistic influences of Hindu tradition, is trending more than ever. Participants focus more on the "asana" or postures and positions and the "pranayama" which is the formal practise of controlling ones breathing. So 'Christian yoga' focuses on the exercises and breathing associated with yoga, rather than the deep spiritual influences that traditional yoga involves.

Yoga instructor Jo-Hanna Taylor, who is a Christian said there are misconceptions among Christians about the roots of yoga. "I find due to our strong religious culture, persons have a fear of trying yoga. Persons who are educated have told me, 'You must have a demon on your spine!' Yoga may be religious, but it is not a religion. It marries with whatever you believe in."

Taylor says persons have a fear of seeming fickle in their faith and so prefer the physical aspects, often avoiding the spiritual benefits that can come from trying authentic yoga. But she says yoga instructors in Jamaica are aware of the morals of their crowd, and so more often than not focus predominantly on the asana and pranayama.

Yogi Justine Braham, who is an Evangelical Christian, says other Christians can practise yoga with a clear conscience. The yoga she practises had no spiritual component, but is focused on stretching and breathing. She said, "If it were the traditional form of yoga, I'd have an issue."

But Nicolette Thompson* disagrees, "Christians should not be wavering in their convictions. Anything that has the influences of another religion, should be rejected. I would not practise it because God deserves exclusive devotion."

*Name has been changed upon request.