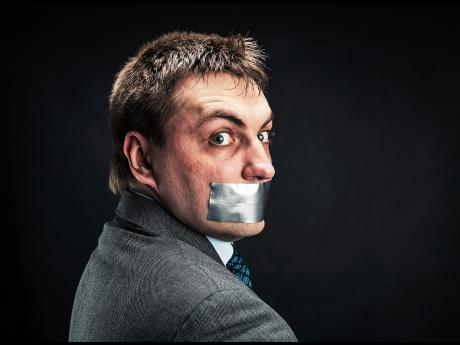 Women aren't the only ones who like to keep secrets or embellish the details of events that may appear incriminating. In fact, some men will never disclose certain things to their significant others. Though many believe honesty is the best policy, the reality is, some women just cannot handle the truth.

With that in mind, Flair asked a few of its male readers what are some of the things they would never reveal to their significant other. Here is what they had to say:

I would never tell her that I cheated. That would breach her trust. Every woman says they can handle the truth, but they really cannot.

I would not tell her that I still have feelings for my babymother.

I wouldn't tell her that I'm broke. I always want her to think of me as the provider. Even if I have to beg or borrow the money, I would do that.

I wouldn't tell her that I got someone pregnant. She has to find that out on her own, and even if she found out, I'd still deny it.

I'd never admit that I slept with her friend before we got together. We are married now, and since the friend has not brought it up, I won't either. That would make things awkward.

That she's getting fat. She was not extremely skinny when I met her, but she had a nice shape. Now, her belly can't fit into a lot of clothes. I'm not that attracted to her anymore.

I wouldn't tell her that I am annoyed that she spends so much time on social media. When we go out, she insists on snapchatting and instagramming every detail. I'm tired of posing for pics.

I wouldn't tell her that I hate her cooking. She tries so hard, but it always tastes bland. She's a health guru so she always does tofu, quinoa, etc. I just want to come home to some fried chicken or corned pork.

I wouldn't tell her that I can't stand her friends. They are loud and vulgar. We recently got engaged and I'm sure she wants them in the bridal party. I don't want them anywhere near the church.