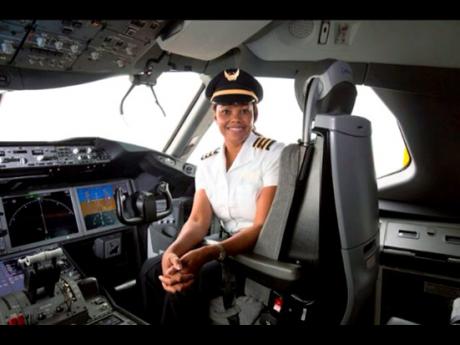 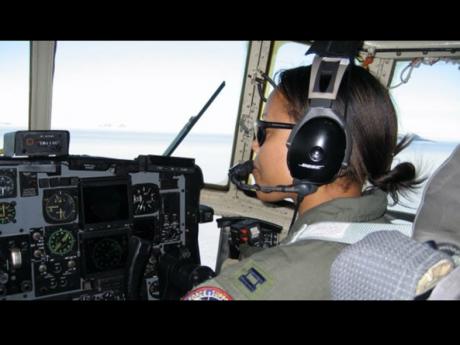 Sugar and spice and all that's nice is what most, if not all, girls are said to be made of. But when you are being raised by a single mother with strong support from a workaholic uncle, there is no time to play dress up and be girly. Any spare time Deon Byrne had while growing up was spent in her uncle's store.

As a result of the no-nonsense policy her relatives maintained, the foundation for a soaring life was set. "I admired my uncle for his business savvy. He was strict and no-nonsense mostly, and my cousins and I spent a lot of time working in his store. We didn't always get to play as much as the average children. Working in the store helped me develop strong people skills and a sense of humour at an early age. It also set me up for being a strong math and science student," shared the Westwood High past student.

At age 13, Byrne migrated to the United States and was enrolled in the William Maxwell High School in Brooklyn, New York. "I broke testing records in the school and then sought a transfer to New Utrecht High School, after feeling unchallenged and held back by other students who were not at school to learn."

With a passion for learning, she majored in math and science during high school, as she had her eyes set on being a doctor.

During her tenure at St John's University, she studied biology with a minor in international studies. But the straight-A student became bored with wanting to be a doctor. "I initially set out to be a doctor but soon realised that they don't have as much fun. I ultimately chose a profession that was difficult to get into, but in the end, very rewarding. By the time I got back from a semester in Italy, (I spent one semester of my junior year at the American University of Rome) I had learned the meaning of the phrase, work hard, play hard.

"I watched the movie Top Gun and developed a fantasy," shared the 42-year-old. So while she studied biology at St John's University in the pre-med programme, she would talk to the Air Force and Navy recruiters at the spring career fairs about becoming a pilot. They all told her she would only be recruited as a doctor, not a pilot. But Byrne was not fazed, "I eventually figured how to make that fantasy a reality."

Byrne became a flight attendant to pay for flying school. "The company I worked for did a lot of charters for other airlines and the US military. Whenever there was a hotspot in the world, that carrier would either transport troops or transport refugees. I flew around the world twice by the age of 21 or 22. It was a pretty neat experience.

"Going through pilot training with the US Air Force also reinforced my belief; you have to work hard in life to achieve great things but you also have to let your hair down and enjoy life a little. This balance is essential for a happy life."

Today, the happily married woman with a seven-year-old daughter, pilots one of the world's most impressive aircraft - the Boeing 787 Dreamliner pilot - and has been on every continent. "Most people don't know that only a handful of women have flown (at the controls of an airplane) to the continent of Antarctica. I am the first black woman to fly in Antarctica and the first black woman to fly to the South Pole. I did this while flying the LC-130H (US Air Force C-130s on skiis)."

Another proud feat of the Westwood old girl, she flew a mission to the South Pole with another Jamaican pilot. "We both had big smiles; two Jamaicans at the controls of a US Air Force aircraft, flying to a place where only few people in the world have ever been."

So how does the pilot relax? "I spend a lot of my downtime participating or volunteering at my daughter's school and taking her to gymnastics and voice lessons. I have also recently started to attend acting class again. During the '90s and 2000s, I attended modelling and acting schools and have enjoyed working as an extra on movie/TV in New York. I think it is time for me to start doing a few things for myself again. My family and I also enjoy time in our backyard grilling, watching TV and swimming. We constantly have friends over."

Having done what some thought impossible, Byrne advised: "You have to work hard to achieve your dreams but don't forget to enjoy life. Whatever you do in life, make sure you enjoy it. Life is too short to be miserable. And be good to people. That goodness will come back to you tenfold."