Fola Kreations - Born out of Creativity 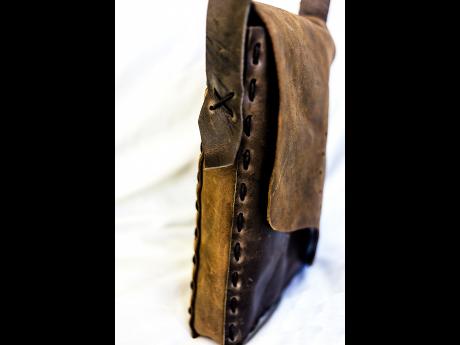 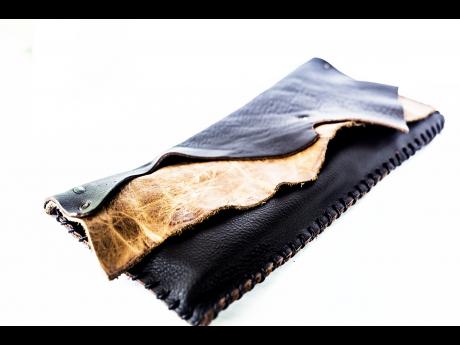 Contributed
This is an edgy Raggamuffin clutch. 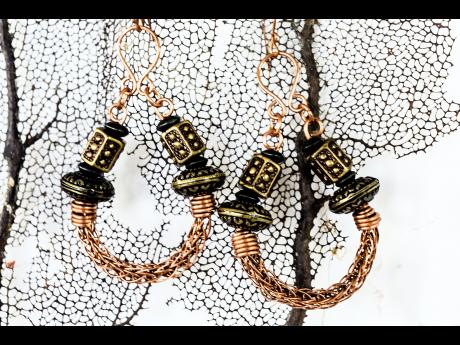 Contributed
These copper earrings will be perfect to jazz up any outfit. 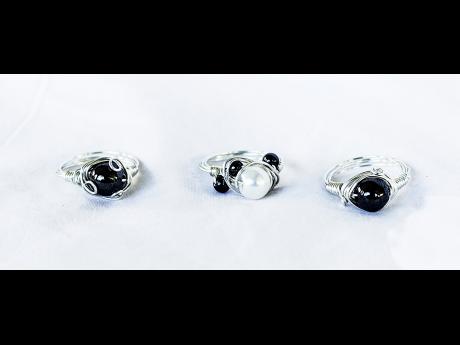 Contributed
Give your fingers a touch of art with these rings courtesy of Fola Kreations. 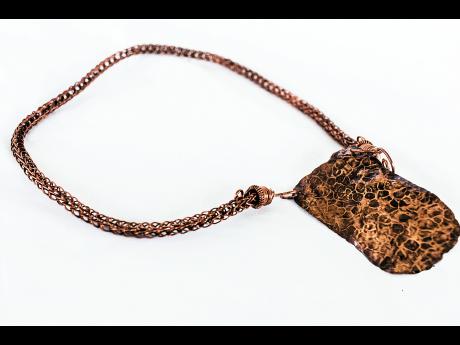 Contributed
This statement copper necklace brings that edgy bohemian feel to any outfit. 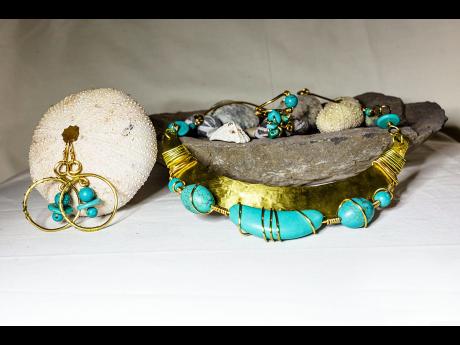 Contributed
This beautiful turquoise set is a must-have. 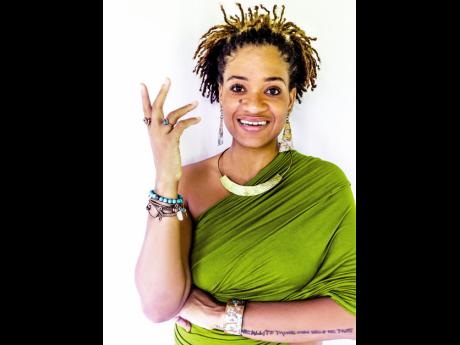 Contributed
The woman behind Fola Kreations, Sade O'Sullivan, accessorised in her own creations. 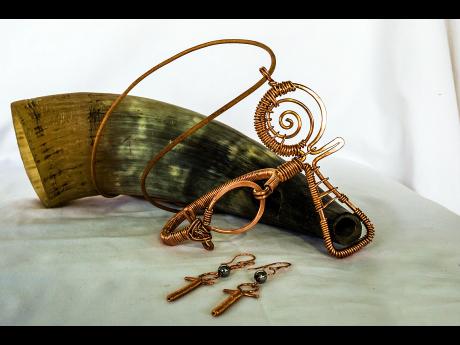 Contributed
Take your outfit from ordinary to extraordinary with this ankh set. 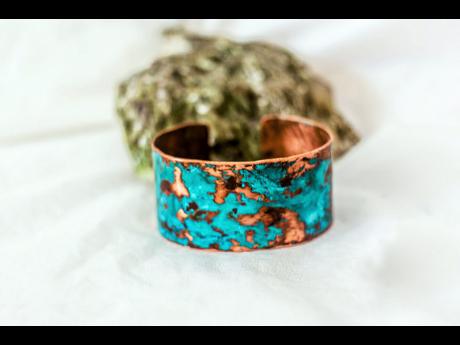 Sade O’Sullivan never set out to be a designer. But the creative spirit inside her was bigger than she imagined. It was from that spirit that Fola Kreations was born.

O’Sullivan started Fola Kreations in 2013, but it was never intended to be a business, rather, it was an outlet for her to work with her hands. Ever since high school, she loved creating, and started designing her own clothes and jewellery because she liked being different. She never felt the need to fit in and follow the next fashion trend – she enjoyed creating her own personal style.

However, whenever she went out, she was often asked where she got her jewellery. She ended up giving them away, until she was scolded by family members for giving away her talent for free, and that she needed to turn it into a business venture. The rest was history.

Admittedly, O’Sullivan did not start creating jewellery just because she wanted a new ring, but because she loved art and she just believed that this was another form of expression. She is also a dancer with L’Acadco and hopes to not only be a member of a top dance company, but to own her own dance studio.

Her dreams are not limited to dance as she wants to expand Fola Kreations, which she has started doing by adding handbags to her line. This, however, was not of her own design.

“I needed a handbag and had some leftover leather that I could play around with. Then I posted it to my Instagram and Facebook pages and the orders just came rolling in,” O’Sullivan told Flair. That was how Fola Kreation’s Raggamuffin line was started.

When it comes to her handbags, she is inspired by organic shapes and natural textures. She played around with symmetric handbags but felt that she had to play with it a bit, adding funky twists as well as the symmetry that would suit her personality more.

So what’s next for Fola Kreations?

“Expansion, expansion, expansion,” is how O’Sullivan explains it. She is working to get her pieces into a few boutiques and hotels. She is also seeking to break through the international market as she already has a few clients in the United States and Europe, but would like to export her products on a full-time basis.

She advises fellow creative minds to develop their own style and to move away from what is already done because there is always a market for individuality.