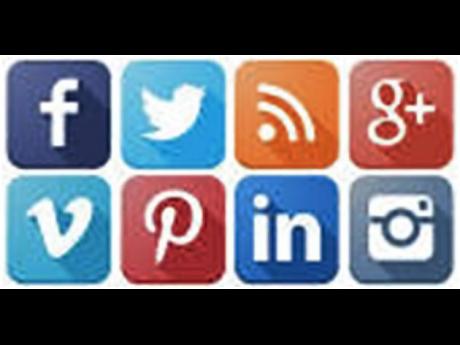 You know when you jump into something because it seemed like everyone else is doing it, only to realise it really isn't for you? At least not right then?

Well that's what happened with me and social media.

At first, it was fun! Whole heap a fun! I laughed, I cringed, I cried. There was always something to capture my attention, if only for a few minutes. Every day, I was looking like all those teenagers I had despised for years. I had become one of those persons who walked with his head down, thumbs twiddling away at the keyboard of the phone. I hated that. So a few months ago, I quit social media, specifically Facebook, Twitter, and Instagram. Yea man, lef' dem clean clean.

When I got on to Facebook, it was because so many of my friends from high school were on it. So mi go tek fi mi self and create account. Pretty soon, I was invited/placed into various groups with people who I didn't really know. Look yah nuh man, my inbox was soon, packed with one bag a conversation about everything!

One problem though. Mi nuh need fi see a comment a pop up every 30 seconds! Good grief man, all some bad hours a night message a come in like crazy.

Furthermore, people are always tagging you in stuff that you really don't want to be a part of. And dem can quarrel wid dem one anodda! Ugh, it was getting annoying. So that's why I left. Couldn't take it no more. It was the social media account I had the longest of the three, and there was some level of hesitation, but man, I couldn't do it anymore. So having discarded that one, I decided there was no reason to stop there. Twitter was next to go. It wasn't bad enuh, especially when I tweeted around news time in the evenings. Always got some interesting responses.

But the charm of that faded too. It's not the number of followers (or lack of), I just didn't like it anymore. So there wasn't much hesitation to deep six that one. The really tough one was Instagram. Look yah nuh man, mi try hard fi stay wid it, enuh. But certain circumstances just killed my vibes. Social media is supposed to be fun. But bredda, I was not having any. In fact, Instagram was beginning to be a royal pain. So me 'low it too. An' mi jus' did a get di hang of it too, enuh. Cho, you have to know when you can't do it no more, yah. Every man has his limitations.

So apart from WhatsApp (and I'm thinking of ditching that too) I'm done. I guess I'll return at some point, when my skin is a little thicker, my patience a little longer and my tolerance for foolishness much higher. Believe it or not, social media does have its uses. But for now, I'm fine in my own pocket of the universe. Lata!

- Link me at daviot.kelly@gleanerjm.com ('cause I ain't got no other contact)