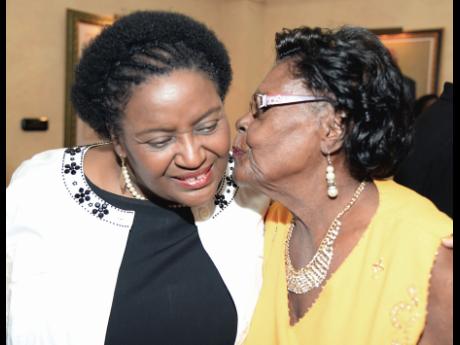 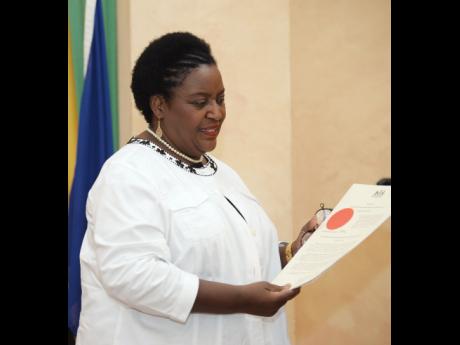 Jermaine Barnaby
Donna Parchment Brown with the proclamation she received from Governor General Sir Patrick Allen during her swearing-in ceremony as Ombudsman of Jamaica at Kings House on Monday November 16, 2015. 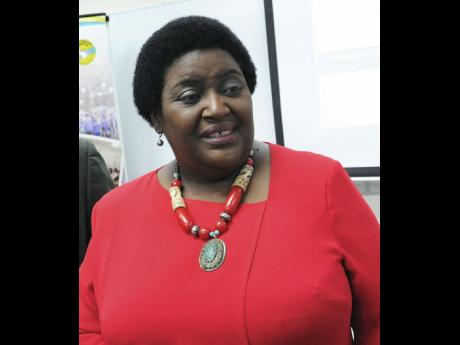 Almost one year ago on November 16, Jamaica's Governor General Sir Patrick Allen appointed Mrs Donna Parchment Brown as the Political Ombudsman. Former Custos Rotulorum for the Parish of St Andrew, the woman of the Breadbasket parish was well equipped for the task ahead.

The first child of Rosetta and J.H.D. Parchment, the journey of public speaking, leadership and volunteerism began at Hampton School for Girls during her tenure. Her talent blossomed as she became a part of the School Challenge Quiz team and head girl.

At the age of 20, fresh from high school, with an attitude to excel, Parchment Brown moved to Kingston and enrolled at the University of the West Indies. She studied government, transferred to law, completed her legal training at the Norman Manley Law School and was called to the Bar in 1981. Her quest for knowledge grew and she benefited from short training courses from Capital University Law and Graduate Centre, Kettering Foundation, Eastern Mennonite University, Cambridge University and the School of advanced Legal Studies.

In 1990, Parchment Brown was appointed justice of the peace and received the National award, Order of Distinction Commander Class in 2004. As her career advanced she worked with distinguished firms such as Milholland, Ashenheim and Stone, The Prices Commission, The General Legal Council, City of Kingston Cooperative Credit Union Limited, the Dispute Resolution Foundation, and successor of the Mediation Council of Jamaica.

With the prayer of Jabez - everything we do shall blossom at tits time and bear fruit at its season - held close to her heart - Parchment Brown who is currently the director of the Justice Reform Implementation Unit of the Ministry of Justice, strives to fulfil the commitments made as political ombudsman "to help political candidates to fulfill their individual and organisational aspirations through adherence of law and rules of engagement to which they will give their pledge.

I stand ready to be an advocate, mediator and arbitrator for safe conduct of Jamaica's elections and to promote as far as possible the respectful positive presentation of the candidates to Jamaica."

An avid believer in Jamaica and her people, the wife of instructor Clifford Brown, has provided advice and training throughout CARICOM, judiciaries, civil society; worked with Kingston Restorative Company, RISE Life Management, Jamaicans For Justice, Youth Opportunities Unlimited, and is looking forward to continuously serving her country.