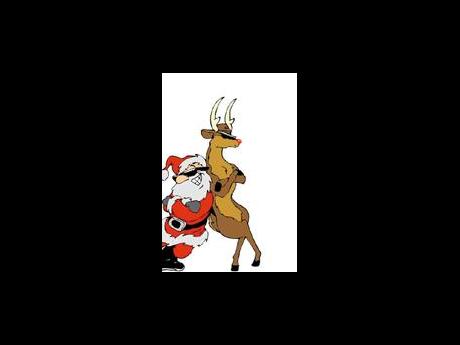 If you can feel the breeze, then you know what time it is. Christmas is fast  approaching. And in keeping with the season, we asked a few of our readers to assess their love lives over the past year: have you been naughty or nice? Some confessed that they were actually nice, while others didn't hold back in revealing that they were downright naughty. Their reasons for being so? Read below.

I've been a really nice girlfriend this year, so that has earned me a spot on the naughty list. Being naughty is much more fun! And when you're naughty, you get all the 'gifts' from your Santa, even a little bonus, for not holding back.

I'm on the nice list, I guess. I'm trying to settle down and stop the foolishness now.

I am on the "I deserve all my heart's desire list"! So, that makes me nice. In fact, 2016 has been a rough year, but I think I've grown so much in all aspects and have maintained such a positive outlook on life that I deserve to be on EVERY nice list out there.

I'm on the naughty list because the things I do and want to do to my girlfriend aren't so nice (in a good way).

I've been in between naughty and nice because my private life has been nothing but naughty, but publicly I'm nice, but they say Santa knows the truth, so I'll let him decide.

I'm on the naughty list because I'm a bad boy.

This year, I have been 'hella' nice but if Santa comes down my chimney, he might be putting me on his naughty list.

Well, I did some things that were considered naughty but in the end, those actions made me and somebody else happy, so that's nice. But it can't be called nice if naughty was the means to getting to it. Or can it? I guess it's safe to say I've been both naughty and nice.

I've been really nice and I find that I have been extra nice considering I've recently got married and we both migrated. So in trying to make her as comfortable as possible by cushioning some of the gaps, we have been experiencing, I've not only got closer to her, but learned to appreciate her in a whole new way.

I've been too nice! But that's going to change (in a good way). Although, does learning I was pregnant 16 weeks in count as being naughty?

Nothing I'm proud of but I may have had a momentary stint on the naughty list. But thank God I have Not gone full 'bad boy'. Not my style anyway. I've managed to reel myself back in and I'm happier for it too. Women are my weakness but my ultimate kryptonite is my lady. I'm on her naughty list all year round.