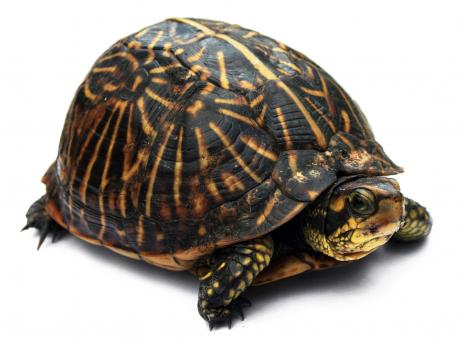 Think about it. How many of the accidents, especially fatal ones, were later attributed to speeding and/or improper overtaking? And that, my friends, has to do with people just not being patient while driving. Sure, alcohol may or may not play a part. But the practical obsession with getting from point A to point B at the speed of lightning has been the culprit many times.

And how about the reason that people cut corners as it relates to getting certain procedures done? Impatience! For example, they can't bother going to the motor vehicle depot to have their car's fitness properly tested - 'The line is too long', they say, or they don't have the time. So they just pay a likkle man to get it done for them. Of course, there is the possibility that the car actually had a defect that would have been caught by the inspectors, so you end up in a wall trying to make a corner. Ouch!

Even lottery scamming is about impatience. Think about it. Let's say you looked at an algorithm and found out you could be a millionaire by doing things the 'right' way, but it would take you until age 60 to reach the mark. If you saw that you could be a millionaire by 20 but by doing scamming (so you might get caught or killed), how many would choose to be patient and do it the long way? I suspect that's why there are so many scammers. Get-rich-quick schemes will always have willing participants.

Jamaicans simply do not like to wait for anything. Our level of patience is quite low. Well, let me rephrase - our level of patience for things that are beneficial is quite low. It's the garbage that we love to wait on. If the fitness centre instructor doesn't show up at exactly X time, people hiss dem teeth and leave. But if the latest deejay who the younger generation believes is the greatest thing since sliced bread is late for a show, you could not pay patrons to go home. Oh no, they're staying until he performs. Go figure.

Now, I wouldn't be able to tell you the source of this impatience. Some may say it's a sociological problem. Others may say it's psychological. It may be both. Or it could be we just have really short attention spans. Personally, I think it's a reflection of the world. Let's face it, everything in this world is rushed. I blame the Internet and social media. Because so much crap is at our fingertips, we expect everything else to be there, too.

But, as some of us know, the really good things don't come quickly or easily. In fact, dem tek a while. So it is in one's best interest to just wait. Mind you, waiting alone doesn't work. There has to be some movement on your part as well. But making moves and cutting corners are two different things. Just my thoughts. Later.

Have patience with me at daviot.kelly@gleanerjm.com