Survivors’ Truth | Dancing in the dark 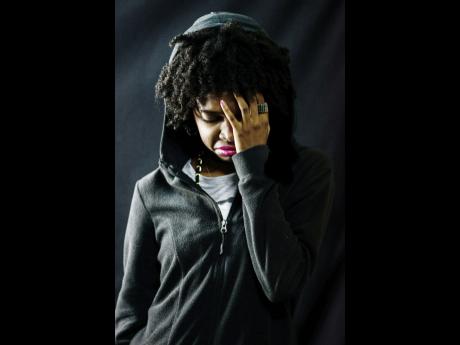 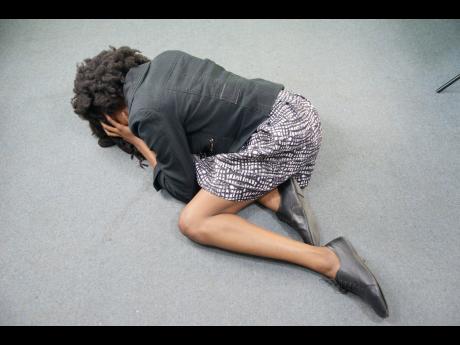 The darkness of abuse continues to create a home in the hearts of our women, and many of us have listened and seen it diminish the lives of many. This survivor’s truth is the raw reality of a young woman’s life that was stolen by not one, but multiple persons.

“Growing up in a Christian home, I was told that it is appointed unto man once to die. But for me, I’ve died more than I’ve lived.” These are the words of 24-year-old Renée Samuels*.

By the time she was 17 years old, Renée had been sexually abused twice, and by the age of 21, she had run into the arms of another abuser.

“I grew up with my parents and two brothers. I was very sheltered, but was an early bloomer as I started school at the age of one and did very well. I was involved in extra-curricular activities at both church and school, but wasn’t allowed to have friends. Looking back, I can say I was living a fulfilled life and had no complaints,” Renée told Flair.

On the night of July 14, 2007, at the age of 15, her life changed forever; the memory engraved in her mind. “I got home from a beach trip and decided to accompany my friend Devon* to his cousin’s home where we would meet up with other friends. I sat on the bed as there was nowhere else to sit, and I remember the chill I felt when the lights went out. I told Devon to check what happened to the lights. He left, and when someone came into the room, I thought it was him. But when I spoke, I got no response. The person came over me, trying to get on top of me. As I struggled with him, I realised that it wasn’t Devon but it wasn’t a stranger either. I started to fight but that’s when I felt the gun at my side. The memory of our encounter just weeks before flashed across my mind and that’s when I knew it was Tony*. I lost the fight as he pushed the gun to my side and started to take off my clothes. He had his way with me, tearing me apart, ripping me to pieces. I laid there looking at the radio, watching the time go by. Minutes later, I felt another presence in the room and heard Devon say ‘done now nuh, my yute!’ After Tony left the room, the lights came back on. I was so filled with humiliation that I didn’t make eye contact with Devon. He fetched my clothes and decided to walk me half way home. On my way home, I remember passing a little shop and feeling blood seep through my jeans. The shopkeeper looked at me and said ‘she get weh she guh fah’. I thought, how am I going to walk through the town square? People are going to look at me.”

The horror continued as her family didn’t believe her. The community turned their backs and church members condemned and belittled Renée.

“I felt everything that was me die. I went to bed numb that night, and was still numb and disappointed when I woke up. I wanted to die. What quality of life would I have if all I could feel was him violating my body and his gun pressed to my side?” she recalled, tears trickling down her cheeks.

Though she appreciated her father’s and uncle’s compassion, they could not erase or change how everyone else looked at her. Renée was forced to transfer schools and live with a disabled family member in another community. “The darkness kept following me as rumours of my incident spread throughout my new school. One day, a schoolmate attacked me in a classroom, saying ‘is nothing you never felt before’. Someone saved me that day, but no one was there when I screamed for help a year later.”

After being transferred again to yet another school, Renée focused on her academics, and was recommended to do eight subjects in Caribbean Examinations Council (CXC). One evening, she left class late and could not get any buses to take her home. As she stood at the bus stop, she saw a boy from her community she knew, who offered her a ride.

On her way home, he told her he had to stop to pick up something by a friend, and when she protested, he convinced her that he would not be long.

“When he turned into the yard, he parked the bike and I told him to hurry up because it’s getting late. I didn’t come off the bike, but a lady walked out of the house and said, ‘you can sit down pon the column enuh, nobody nah trouble yuh’. In sitting down on the column, a guy walked past me, said good evening and went into the house. I heard both guys talking, and in a split second, I felt arms pulling me into the house. In wrestling with the person, I looked up and saw a face I was familiar with. When I started to fuss, asking what was happening, another person started pulling me. As I was being pulled in the house, I screamed for help and started to draw for anything I could reach but felt nothing. After getting me on the bed, three guys had their way with me. I didn’t see any reason to fight. I started to believe that my purpose in life was to be used. I never told anyone of the incident because no one would believe me,” she expressed.

“In that state of mind, I had no fears. I was OK with dying tomorrow. When I went back home, my community treated me like crap. I remember one of my church members hearing of the incident and praying for me. She touched me and prayed that my vagina would never have any use to me again. She, like everyone else, thought I went to the house to have sex, and that when it got out of control, I called rape. I just didn’t care anymore,” she noted.

She went on with her life, feeling useless and without hope. She sat only one of her CXC subjects. After the incident, she recalls seeing one of the guys and being threatened by him. She lived her life in fear as her abusers sent her multiple threats.

When Renée turned 18, she moved out of the community and went to live with her first partner – a female.

“She helped me to get back on my feet. She would send me to classes to achieve my remaining subjects and taught me the trade of buying and selling. I was able to get my subjects and work to save some money. At 21, I applied and got into the Shortwood Teachers’ College. It was the greatest accomplishment in my life. After getting into school, I branched out on my own and ended up meeting someone else. After months of dating, my new girlfriend told me it was unbecoming for a person of her stature to date an early childhood educator. As a result, she signed me up for the University of the West Indies and got me in the social work department. Everything was going great until she lost her job and starting having financial difficulties. Her frustration was turned on me and I started to live a life of continuous abuse.”

Though Renée could have returned to her community, it was not an option for her. She stayed in the relationship, supporting her partner financially, but after her savings were finished, they got evicted and Renée was forced to move back home.

Through her many struggles, Renée turned to God, finding motivation to move on and chase after her dreams. She danced in the dark; discovering her hopes and strengths.

“Through my love for social work, I will be able to help others like myself. I got introduced to WeChange Jamaica in 2015 and they have changed and impacted my life tremendously. I applied to be a part of their support group and they welcomed me with open arms,” she expressed with a smile.

Renée is just one of many women who have been scarred for life, but what led her to a life of abuse? Was she doing something wrong? Was she the cause of her pain? Next week, we speak to a psychologist in hopes of finding answers to this darkness called abuse.

WHERE TO GO FOR HELP

If you are in need of support, take up the phone and call one of these support groups. They are waiting to be a shoulder to lean on.