Kelly's World | A weird conversation ... even by my standards 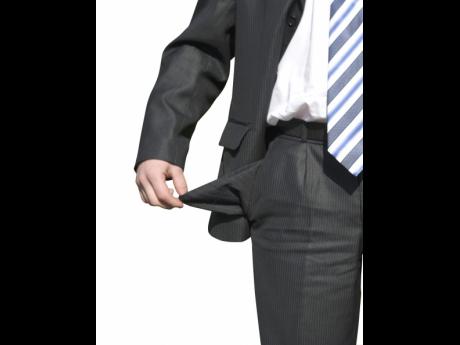 I couldn't make this up even if I tried. One day I'm walking towards the front gate of The Gleaner. A gentleman who had just crossed the street and was now on the same side as I was called out to me.

"So hear wha me a say my boss," he started. My initial thought was he was going to beg money. And had he done so, things would have been 'normal'. But what happened next was anything but normal.

"Mi and yuh a bredda yuh see," he said, to which I said in my head, "Ahm no we're not". But I allowed him to continue.

He went on to say, "If yuh deh a farin and a send sumting fi me, yuh nah go a shop go buy sumting decent?" At that point I realised he actually said "IF me and yuh a bredda ...".

So having realised he wasn't implying we were related (thank God), I decided to hear about his 'plight'. Biggest. Mistake. Ever.

That's because he then proceeded to tell me that a relative bought two pairs of pants for him. He tried (in vain) to explain what was wrong with the first one. The second one, he said, was too tight.

He told me the person called and asked if the pants were OK.

"So yuh know wha me tell dem?" he asked. "The truth?" I replied. "Me tell dem di pants all right," he said. That didn't make sense to me but he went on to explain (unfortunately for me) that lying can be a good thing.

"Is jus like if yuh and a woman a deal, and di sex nuh nice yuh can't tell har dat. Or yuh hand will kill yuh!" Ok, cheque please, I think I've had enough of this discussion.

After what felt like a million years, and after bemoaning the pathetic pants a bit more, he walked off, pretty much leaving me cursing the fact that I won't get back those two or three minutes of my life I just wasted listening to him.

I'm still wondering just how exactly I got into that mess. Where I'm from, if someone, especially an older person, calls out to you, you stop and answer.

Problem is, I wish I could read minds. Had I known that's what was coming, I would have kept my head straight and kept walking.

But because I try to have even some semblance of decency, I got stuck with the tale of two pairs of pants.

As I walked away feeling like a man who was previously incarcerated, another thought came to mind. Why, did this man see it fit to tell me, of all people, this story?

I didn't make eye contact with him when I was walking so I don't see where I 'invited' a conversation'. I guess this whole pants thing was really weighing on his mind, and he needed a second opinion.

I tell you, there are some 'interesting' people out there. If you run into any of them, please, for your own sake, keep walking.