Laws of Eve | Wifey could claim damages from matey 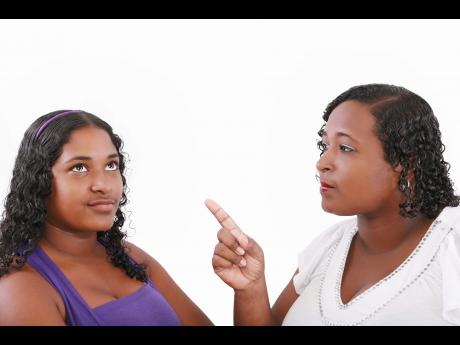 When Jamaicans talk about 'wifey versus matey', they may have a verbal or physical altercation in mind. What we do not usually expect is an actual court claim by a wife against her husband's girlfriend to recover damages to compensate for her broken heart - a claim for alienation of affection.

Not only was alienation of affection the subject of a 1999 fact-based Lifetime movie, there are actual court cases (especially from the United States) in which broken-hearted spouses have managed to recover substantial awards from the third party who destroyed the marriage. For example, in 2004, a wrestling coach sued a man who had sex with his wife in a motel. A jury awarded the coach $1.5 million in damages and the appellate court upheld the decision. In 2010, Cynthia Shackleford was awarded $9 million against Anne Lindquist for breaking up her marriage of 33 years.

Where this form of common-law action exists, it is usually a tort in which a deserted spouse brings a claim against a third party and alleges that the third party (matey) acted maliciously and is responsible for the failure of the marriage. Some of the defences available to matey are:

- Proof that the marriage was already on the rocks before the affair started, so she did not break up a happy marriage.

- Showing that matey was innocent in that the affair did not happen or that she did not know that the other party was married.

- Proof that the marriage broke down for other reasons.

- Wifey consented to the affair as, for example, in the case of an open marriage.

(It should be noted that the third party who causes the breakdown of the marriage might not be matey and the interference might not involve sex. The third party may be a meddling mother-in-law.)

A recent case was reported on yahoo.com - 'Man sues R. Kelly over alleged affair with wife, claims singer gave her chlamydia'. According to the report, the claimant is a sheriff's deputy, who alleged that his wife admitted to having an intimate relationship with R. Kelly before they got married and resumed the romance after the wedding. It is at some time during that period that the wife contracted chlamydia.

The husband also contends that the wife persuaded him to relocate to Atlanta, where he was unable to find stable employment. The claimant now says that his wife made that move so that she could be near R. Kelly.

The wife filed for divorce and the husband sued to recover compensatory and punitive damages against R. Kelly for alienation of affection. It will be interesting to see whether the wife will be a witness in the matter.

It is unlikely that the outcome of this case will be known in the near future, but I will watch it closely.

- Sherry Ann McGregor is a partner and mediator in the firm of Nunes Scholefield DeLeon & Co. Please send questions and comments to lawsofeve@gmail.com or lifestyle@gleanerjm.com.