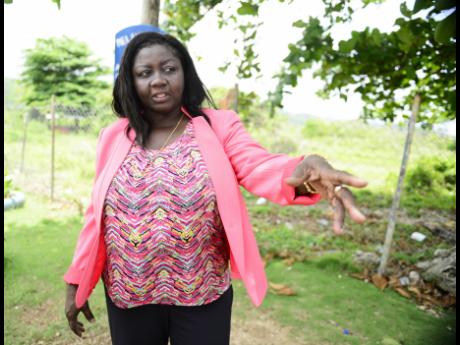 Gladstone Taylor
Campbell is always ready to teach another lesson. 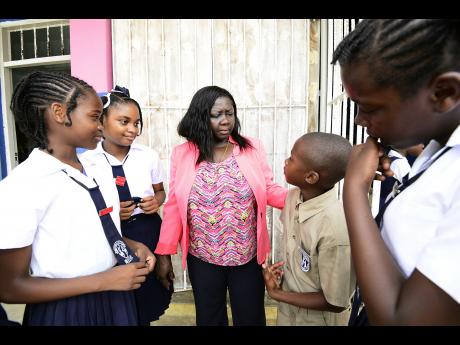 Gladstone Taylor
It’s in the reach of her arms, the span of her hips, the stride of her step and the curl of her lips. She is a woman phenomenally! - Maya Angelou 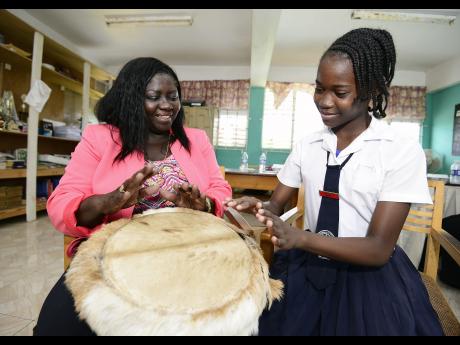 Gladstone Taylor
There is no greater joy than when she is teaching a child, especially when it comes to theatre arts. 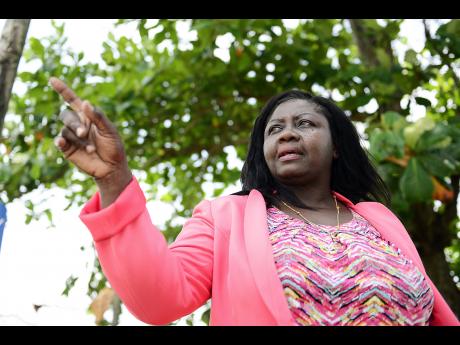 Gladstone Taylor
She is loving but knows when it's time to get serious. 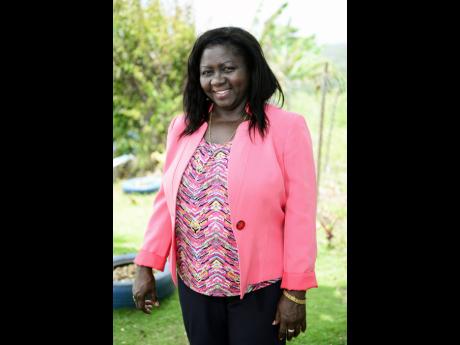 It's easy to turn a blind eye to the many challenges of moulding a child, especially when that child is not yours but for Maureen Campbell, nourishing and teaching a child is not just a job, it's an honour.

With the innate passion to teach, 57-year-old Campbell often found herself reading and taking charge of her siblings and friends. She wore the coat of a teacher in role plays and skits in school and was set on being a teacher by the time she had graduated from the Port Antonio Secondary School.

Chasing after her dreams, Campbell applied for college but was disappointed to hear that she was too young to attend. Left at home to figure out her next move, Campbell had faith that God would provide a way, and that He did. After two months of being at home, Campbell's mother was advised to send her to Gideon Early Childhood & Educational Centre to work alongside the teachers.

This was just what she needed. Campbell worked at Gideon for eight months before applying for college and being accepted at 17. With motivation from her lecturer, Brian Heap, Campbell majored in drama and instantly became a part of a drama group that participated in festivals and performed on different occasions.

Love for Teaching and Theatre

In her second year, as she did her internship at the Port Maria Primary School, Campbell grew a deeper love for drama as she teamed up with her peers to start a theatre group for the students and took them to their first drama festival, where they won several gold medals.

Being a true gem to the school and her students, Campbell was asked to work permanently after her internship. Unfortunately, three years later, Campbell missed home and opted to return to Port Antonio, leaving her theatre group behind.

With two job offers in her hometown, Campbell decided to become a teacher at her alma mater, Port Antonio Primary. Campbell, once again, created a drama club and wrote her first drama production.

"I think that script writing and this passion to involve children in the creative arts is a gift, a talent that God gave me. Sometimes I'm surprised at my work, but with motivation from the children around me, I'm able to create stories," Campbell told Flair.

After an outstanding lap at the Port Antonio Primary, Campbell was requested by the Ministry of Education to be trained for three years as an early-childhood resource centre officer. After training and managing resource centres in St Elizabeth and Portland, Campbell was employed as an education officer for the ministry.

Though she took time off from theatre, Campbell created the Port Antonio Theatre Group in 1988 and used it as a platform to teach and involve children and adults in drama, dance and speech. During her group's many years of gold and silver medals in festival and other competitions, Campbell has managed to be the choir director and deaconess of her church, pursue a master's and doctorate degree in early childhood while being Principal of the Manchioneal All Age School and chairperson for the Portland Cultural Committee.

"I believe in holistic development. You can have a child who is very bright but can't articulate, socialise or be a good leader or creative because they were denied of culture and the creative art. Teaching is more than books but teaching children things that challenge their mind and make them creative," Campbell expressed.

Campbell admits that her joy for seeing children happy drives her to be a great teacher. She is always thinking of ways to make a difference. The stories of the many children she comes across, influences her to sometimes remove them from their situations, which means taking them into her home.

"I never had children for myself because I already had so many children around and with me," she said with a laugh.

Surprisingly, through her unconditional love for children, Campbell is often trusted by parents to watch over their children and to help in their development.

According to 26-year-old Jodi-Ann Robinson, who grew up around 'Aunty Maureen' from the age of eight, Campbell is more than a teacher. She is a second mother, an adviser, friend, role model and sister.

"She can not be replaced. Among the many things that makes her special is her sixth sense of knowing what we are going through or what we are up to before we even tell her. At first, it was scary for us who grew up around her but as I matured, I grew a deep appreciation for her many talents. Her connection with each individual and child she comes across is simply amazing," Robinson shared.

On the other hand, Campbell is an inspiration to Troy Rodgers, who was a stranger she took under her win.

"Everyone says that God sends us angels in our darkest moments in life. I believe that Aunty Maureen is that angel that has come into my life to mould me into a great man. She is a phenomenal teacher who believes everyone has a talent and tries to unearth it in them," he said as he struggled in awe to finds words to describe Campbell.

Today, over 20 children have passed through her house and arms. She continues to thank God for the children she have guided as they have grown to be outstanding citizens, who gives back to their society.