Only the best for moms - Oakridge United 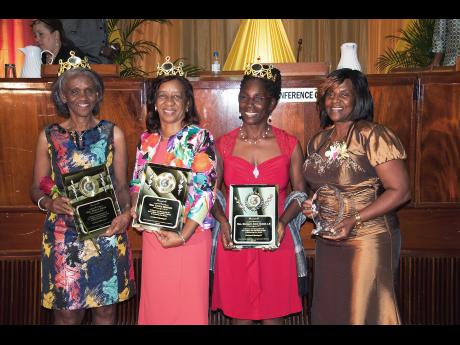 Contributed
Shirley Chong (right) is all smiles with her award alongside Mother of the Year, Cecile Bernard (second left), and first and second runners-up, Beverley Harris (second right) and Myrtle Dwyer. 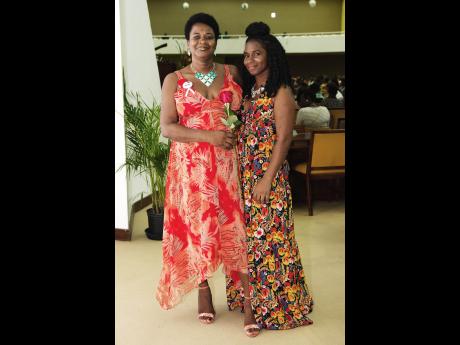 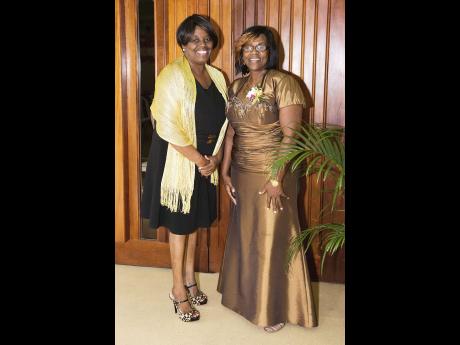 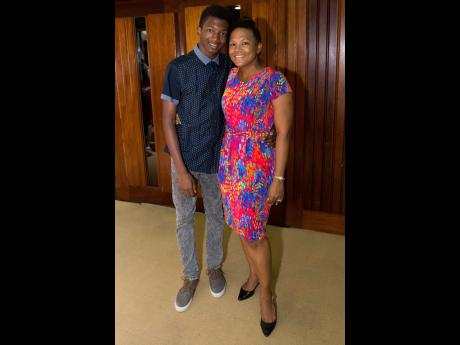 Darien Robertson
Kerri-Gaye Stephens is celebrated by her prince.
1
2
3
4

Mother's Day was indeed special as Oakridge United Prayer and Deliverance Ministries showered more than 100 mothers across the island with roses and love at the Jamaica Conference Centre.

Despite the inclement weather, women from all walks of life came out with their other halves in full anticipation for a day of celebration, gratitude and respect.

The mothers were gracefully wined and dined before being escorted to the Kenneth Rattray room for a series of entertainment, spiritual fulfilment and tokens of acknowledgement.

With humour, charm, passion and deep appreciation for mothers, master of ceremonies Markland Edwards guided the proceedings, inserting words of motivation and continuously highlighted and applaud mothers for a job well done.

BACKBONE OF THE NATION

Minister of Culture, Gender, Entertainment and Sport Olivia 'Babsy' Grange, though absent, sent a message of admiration to Oakridge and acknowledged the importance of mothers to the nation.

"As a mother and grandmother, I know all too well that we are the backbone of the home and nation," it read.

Grange went on to share that the day was bittersweet as she lost her mother a couple months. She also expressed that the nation should acknowledge the women who ensure that children in their communities are well developed.

After, it was time for some sweet music and spiritual upliftment from singers Junior Tucker and Jermaine Edwards, who both brought guests to their feet.

Bringing more excitement to attendees was the awarding of plaques to more than 10 mothers who have made a mark on their communities and taken on the role of a mother to many.

In the end, Cecile Bernard was crowned mother of the year alongside first and second runner-up, Beverley Harris and Myrtle Dwyer.

The event was nothing short of sensational as Oakridge United continues to command national attention to mothers and their amazing work.