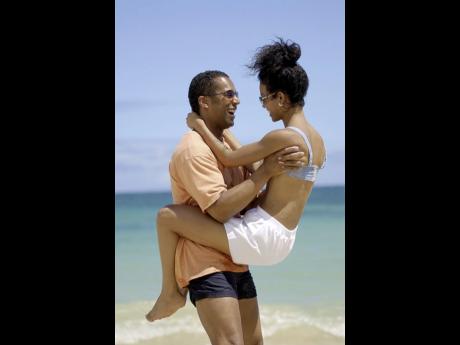 ​They say memories light the corners of your minds. Sometimes it's in making these memories that light the flame in a relationship. So in honouring our St. Ann edition, The Flair asked a few of our readers to take a stroll on the memory lane and tell us one of their sexiest St Ann memories. These are their stories:

Entertainment Coordinators Dionne Laws* and Trent Williams*, who both work in the parish are all about creating memories. "One night, after one of our shows, we were waiting for the bus." While the rest of the performers were in the powder room, they were busy getting it on in one of the stalls in the bathroom. "What excited me was the adrenaline rush. People were knocking to use the bathroom, but we couldn't open the door, we were butt naked."

On another occasion, Laws and Williams were both on their way to a beach party when the heat intensified and they just could not fight that feeling. "We were driving to a beach party, when we decided to pull over and started satisfying each other, right then and there in the car." From there, they continued their body party on the beach and made lasting intimate memories.

For Celia Stone*, one Christmas brought about good cheer, as she snuggled up with her new love. She explained, "He and I were in the dating phase in our relationship and were both lovers of adventure. We spontaneously decided one weekend while at home, 'let's just leave Kingston and take a drive." They went to a villa and got busy for two consecutive days. "We have an intimate history, but Ochi sealed the deal in perfecting our connection. The atmosphere was so right, that we didn't even get to visit the beautiful beach on the outdoors." They instead opted to keep things 'private' indoors, using the great sea as their inspiring backdrop.

Lia Baugh* holds St Ann very dear to her heart, because it was in there that she and her boyfriend shared their first vacation together. "I had won a weekend for two to a hotel as a prize, and after putting it off for a couple of months, I took the time off to go just in time for my birth month." She described the beaches as beautiful, the ambiance as wonderful and the parish overall as impressive, hosting some of the warmest and friendliest people. The icing on the cake came when she carried her significant other to partake in that experience. "It was the first time we had been outside of Kingston on our own, and it really cemented the love that we have for each other. With no distractions, we were able to spend quality time together, have romantic dinners, the works. Things got steamy after dark in the Jacuzzi. With the warmth of the water, and the pitter patter of raindrops, we took matters of the heart to the bedroom and got hot and heavy between the sheets." The rainy weather, which occurred for the entire duration of their three day, two night stay only assisted the relax and rekindle their romance. "Best birthday I've ever had was in St Ann!" she added.