Being body positive: Finding myself through yoga 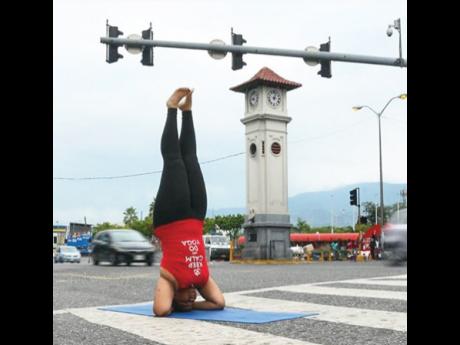 Contributed
#LivingWithAnNCDBeing Body Positive: Losing it through self love.PushitJa photoshoot 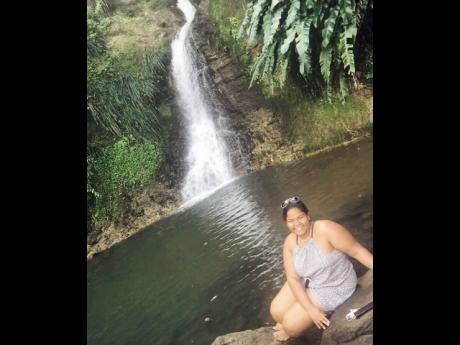 Contributed
#LivingWithAnNCDBeing Body Positive: Losing it through self love.Grenada Waterfall 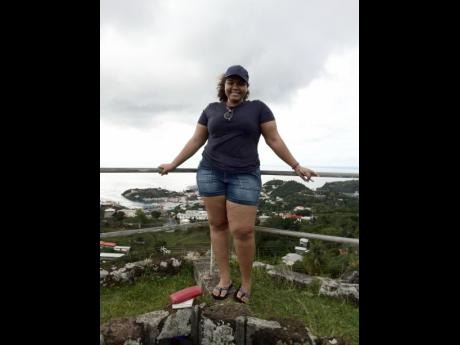 Contributed
#LivingWithAnNCDBeing Body Positive: Losing it through self love.
1
2
3

Now accustomed to the surprise gasp or obvious exclamation from strangers when she does a headstand or a high-difficulty yoga pose, Dana Sutherland is refuting body stereotypes with her flexibility. After suffering through years of being self-conscious and body shamed, both in person and online, Dana took up yoga, which proved to be a big boost to her self esteem.

Sutherland said she wasn't always comfortable with her body, but things started to change when she started playing field hockey at St Andrew High School for Girls. "Having to be in changing rooms with other people, it started building me up, but I still wasn't comfortable with my body outside of a few circle of friends. I love the beach, but you wouldn't see me on the beach in a bikini or even a bathing suit, I would always be covered up," she shared with Flair.

Body shaming, for Sutherland, started early. Dana recalled how, in grade 5, she was told she cannot participate in some activities with the other students because she was too fat.

"Kids can be cruel, so they would tell me that I can't play with them or I can't be their friends because I am too fat. Even going into high school, I used to dance in primary school and when I started high school and wanted to join the dance troupe, I realised to join it, you had to be skinny."

Dana said that she quickly found out in high school that there were a lot of things she could not do because of her size. This, she said, affected her confidence even more, forcing her to wait until she got home in the evenings to eat or hide out in the school's library. She said some persons on social media would comment that she is too fat to practice yoga, sharing how one user called her a "fat cow".

Sutherland said that she started practising yoga in 2014 and it has been the biggest boost to her self-confidence. "When I started yoga, I started for myself. I was scrolling through Instagram and there was a picture of a lady in a yoga pose called Bakasana or Crow Pose and I said: I want to try that. Of course, I tried it and fell flat on my face, but then I found out what it was and what yoga was and I thought this could work for me because I had two knee injuries and yoga was a less strenuous form of exercise."

In addition to yoga, Sutherland visits the gym regularly, but shares that it would have been very intimidating and uncomfortable for a woman her size had she not gained a lot of confidence through yoga. "Gym culture kind of makes it seem that you have to be fit before going to the gym in order to work out there. About a year ago, I found out about Express Fitness and thought I would give it a try."

For persons struggling with self-confidence, Sutherland said that they should always be themselves. "I would say, try and unapologetically be yourself. Wear what you want to. If you feel the need to lose weight, then lose weight but don't do it for anybody but yourself. The thing about Jamaica, i've found, is that the generations ahead of mine are a lot more open to bigger bodied women, so I don't get harassed as much here as I have seen with people in America, for example."