Fit for work - Jamaica 'moves' towards a healthy workplace 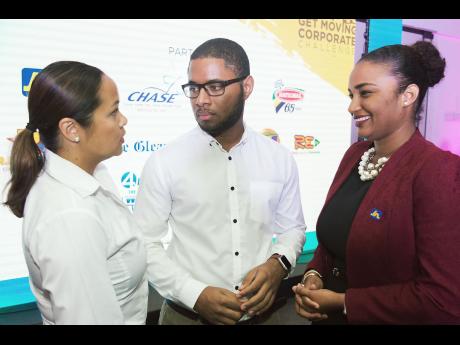 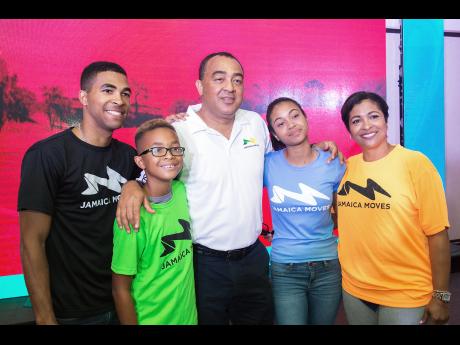 In a thrust to encourage and create a healthier workforce and ultimately a healthier Jamaica, the Ministry of Health on Wednesday launched the Jamaica Moves Get Moving Corporate Challenge. The challenge is part of the Ministry of Health's coordinated national response to the increased incidences of non-communicable disease (NCDs) in Jamaica, such as diabetes, high blood pressure, certain cancers, and heart disease. It will target corporate companies (private and public) islandwide, encouraging them to enter up to six 5K races over a four-month period running from September to December 2017.

The races in the Get Moving Corporate Challenge includes the FLOW/PUMA Fortis 5K and Colour Me Happy in September, CUMI Come Run and JN Foundation Heroes in Action 5K in October, CB UWI 5K and Reggae Marathon in November and December, respectively.

Minister of Health Dr Chris Tufton, who spoke at the launch held at the Spanish Court Hotel, pointed to the fact that seven out of every 10 Jamaicans who die yearly die from a non-communicable disease. This number continues to increase.

"It's all about our physical inactivity and our consumption patterns or habits. A lot of times we spend talking about how many more hospitals and hospital beds we need, but rarely do we speak about the need to change our lifestyle in our own interest," Tufton said.

Making reference to when the chikungunya and Zika virus (ZIKV) hit Jamaica in 2014 and 2016, respectively, Tufton said that productivity among employees in Jamaica declined significantly.

"At one stage, almost half of the population had it. So there's a direct link between sickness, your capacity to perform and quality of life," he added.

Tufton said the aim of the Corporate Challenge is to ultimately mobilise as many companies as possible.

"The reality is many of us don't practise healthy living so we need more people to do it and by doing it, encourage others to follow," he said.

The challenge is open to small and large organisations. Small organisations can register up to 50 employees and large organisations can register up to 100. Companies can sign up for the challenge by visiting the Jamaica Moves website www.jamaicamoves.com or calling 297-MOVE (6683). At the end of the challenge, companies and staff with the most points will be awarded. The awards include Company Spirit, Male and Female Champion. Organisation performance will be calculated based on the amount of points their members have accumulated. The organisation that has accumulated the most points will be declared the Jamaica Moves Get Moving Challenge Champion.

The Jamaica Moves programme will branch out into communities this month through its all-island tour. The first all-island tour will be held at Water Square, Falmouth from 12 p.m.-9 p.m. on Wednesday, July 26.