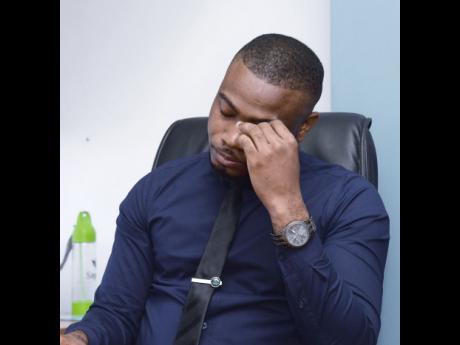 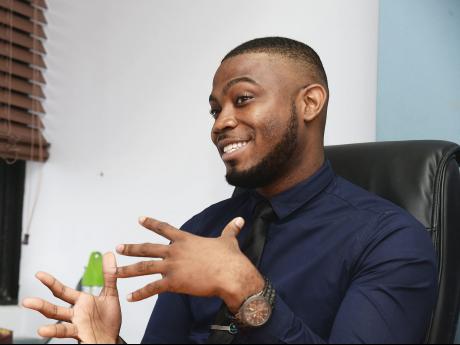 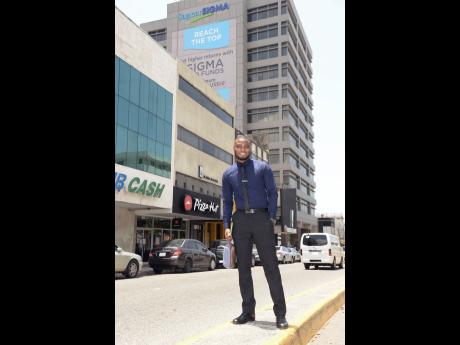 Jermaine Barnaby
The easy-going, sophisticated man who works tirelessly to make a difference in the world. 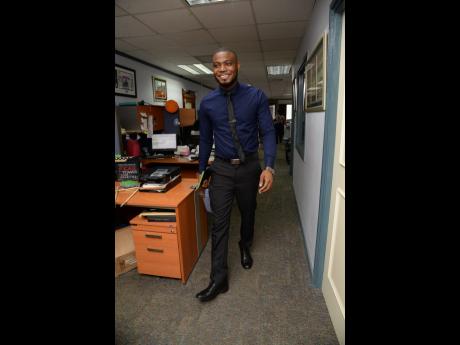 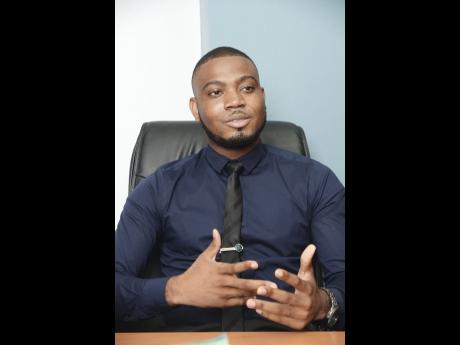 Sitting across from the easy-going, passionate, young man who seems wise beyond his years, you could sense his anxiety as he prepared to share some of the complex, yet awe-inspiring memories of his life.

Having endured the ups and downs of adolescence and losing two siblings at a very pivotal time in his life - 22 years old - Chevon Lewis is a man of substance, destined for the greater things in life.

NOT AN EASY START

Growing up in Central Village, Spanish Town, Lewis did not have it easy. The violence in the inner-city community meant that he saw and experienced things that no child should.

Battling slight dyslexia and a major change in his home dynamics, Lewis struggled through primary school. Working twice as hard as other students, he dedicated most of his time to studies. "I went to school seven days a week," he told Flair. "My reading was very slow, so approaching GSAT, I had to wake up at 6:30 a.m. on Sundays to stand by my mom and read while she cooked in the kitchen. I eventually became a very good cook because I watched her and would ask to help so I could get away from reading," he recalled with a laugh.

Passing GSAT with an average that got him into his family's alma mater - Kingston College (KC) - he had a reputation to protect. This, however, did not stop him from losing focus and becoming a rebel.

"Yes, shirt out of pants, partying, pierced ears, being the class leader, and not in a good way," he said while shaking his head.

Coming out of primary school as a champion athlete, Lewis went into KC expecting to pursue his love of track and field. Though he loved it, he was never one to commit. This created a strain on his academics.

He admits to Flair that his rebellion disgruntled his mother, Karen, who is the breadwinner of the family, and often led to a fuss.

"Looking back, I developed an even deeper appreciation for her strength and love," he said.

SETTING UP FOR SUCCESS

By fourth form, it was time to roll up his sleeves. Suffering a groin injury, Lewis had to leave athletics behind and seek another safe haven that required discipline and growth.

Stumbling upon Key Club, he discovered his passion for service and devoted himself to becoming the man his mother could be proud of. After much hard work and a lot of determination, he became president of the club.

Fast-forwarding through a year of dedicating himself to his studies, he regained academic excellence, being successful in his Caribbean Examinations Council, and was accepted into sixth form.

Sixth form came with a few slip-ups, but Lewis was seen as a leader and a student who could one day become a powerhouse. And boy, were they right, as months later, Lewis became governor of the Key Clubs and head boy of KC.

Achieving his Caribbean Advanced Proficiency Examinations and being accepted into the University of the West Indies, Lewis was ready to take on another challenge. But little did he know, life was ready to throw him a curve ball.

In August 2014, weeks before the start of his first semester, he met in a car accident with a few of his friends. Luckily, they escaped major injuries.

When his mother fell ill and had to undergo surgery in June 2015, Lewis needed additional support and was influenced by friends to apply for Sagicor Foundation Scholarship Programme. Winning the scholarship, he quickly became an educational ambassador and volunteered for Sigma Run to feed his passion for service.

April 16, 2016 marks a day laced with sorrow and devastation that changed his life forever. He lost his two siblings, Chevelle and Jermaine, in a car accident. Every day he walks around with a hollow in his heart, missing them, and at times wishing he was there with them. Now, he tries to live his life to the fullest.

"My brother and sister were very loving and we had a very close relationship," he said with his eyes laced with sorrow. "I remember the day like it was yesterday. When we got to the hospital, I walked 50 feet behind everybody and I heard my mommy scream out, and that was it."

This took a toll on him and school now seemed pointless. But with a push in the right direction from Sagicor, Lewis was back on track.

"Sagicor came along at the right time and surrounded me with some incredible people," he said with a smile.

Currently holding the post of marketing associate for Sagicor Investments, Lewis is looking forward to graduation where he will receive First Class Honours in marketing.

Lewis still struggles with the loss of his family but he never stops racing the track towards success and making a difference.