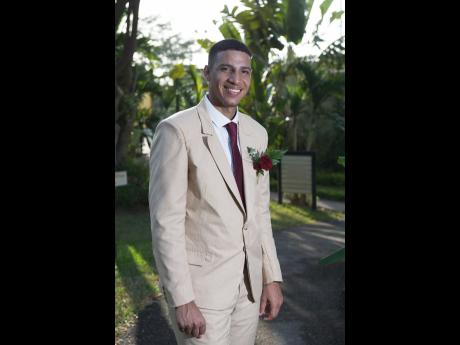 Contributed
Key player, Andre Haynes, with the victory smile after the exciting match. 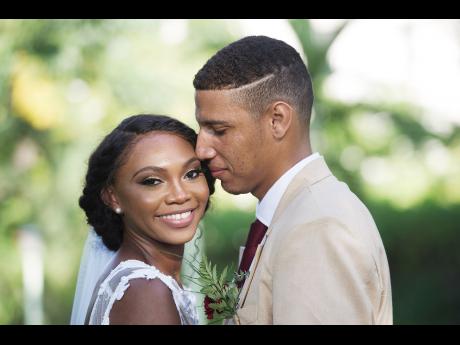 Contributed
Match made in heaven. Mr & Mrs Haynes ready to tackle on the world. 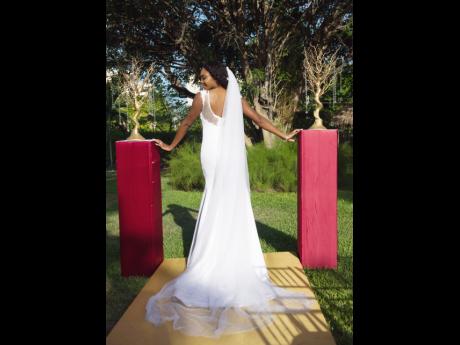 Contributed
Uzuri can do no wrong. An elegant gown made to accentuate every curve on the beautiful bride. 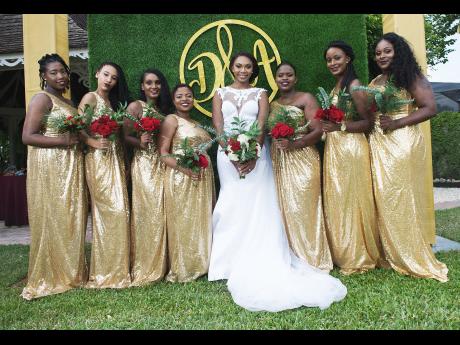 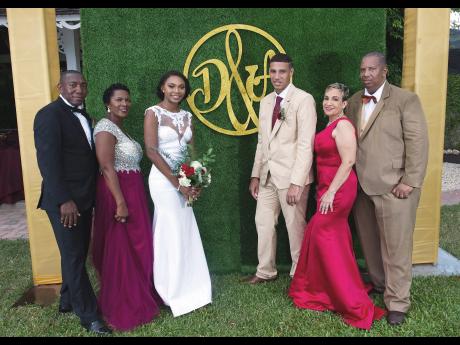 Contributed
From left: David Laylor and Charmaine Forbes stand proudly with their daughter, while Clive and Sharon Haynes are happy to be part of the exciting match. 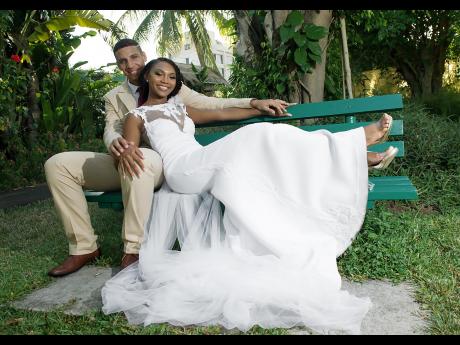 Contributed
It is very important to have someone to lean on. 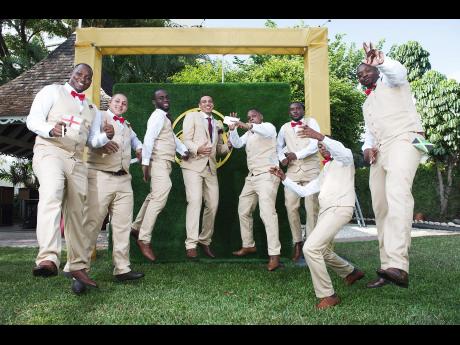 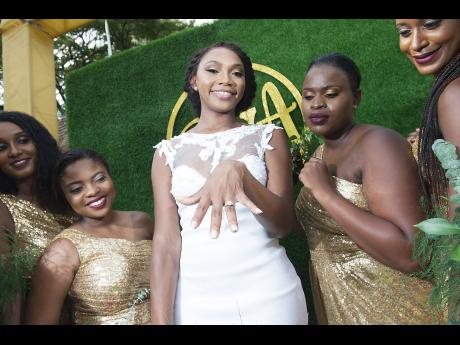 The 'Haynes Premier League' has captured the attention and hearts of spectators who, over the past nine years, have become loyal fans.

The fascination is not simply with the exciting 'shifts' and tackles of the major players, but the ability of each to recover from penalties and fouls that are a natural part of every match.

The star ballers, Davina and Andre, started their career with high-school football at their alma mater, Wolmer's.

Andre knew from then that he was in it for the long haul, and so he even tried other extra-curricular activities to win over Davina.

After a while, she realised this was no scrimmage and so she started taking it seriously.

As the years went by, the teammates learnt new moves that brought them closer and closer.

Coaches and officials on the sidelines grew to love what had now become the perfect unit, so much so that Andre had no problems in getting the support of Davina's main squad to ask her to the big league.

And so the official campaign started on her birthday on October 13, 2016.

Having the right support system is extremely important, and with all the pressures of putting on the great show, the team members joined in so that the couple could maintain their sanity.

Upon arrival at the venue - The Jamaica Pegasus hotel - fans immediately felt the victory.

The atmosphere was filled with genuine love and passion, and the threat of rain did not affect the spirits of those in attendance. After all, rain only stops cricket.

The referee, Al Miller, signalled the start of the game and the supporters and players could hardly contain their excitement. The team made their way on to the field, which bore maroon and gold, symbolic of their high-school love.

Then it was time for the head coach, David Laylor, to bring in the star forward. A few minutes in, there were crystal drops from the heavens, blessing the union.

But the supporters stood their ground as they were adamant about witnessing this important final.

Hosted by Terri-Karelle Reid, the post-game show was emotional.

Family and friends who watched the growth of the couple shared their best wishes and thoughts, and did not hesitate to voice their excitement about adding junior members to the team.