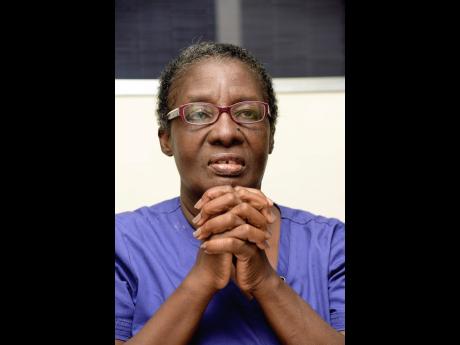 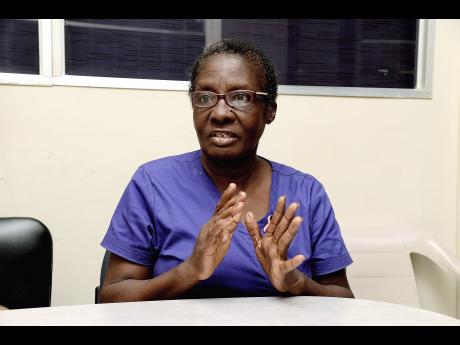 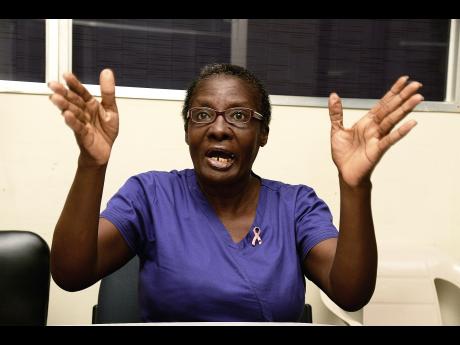 Nurse Norma Reid has been working with cancer patients at the Our Lady of the Poor Clinic at the St Joseph's Hospital in Kingston for five years. She often witnesses the distressing effects that a cancer diagnosis has on patients. Despite this, she never seriously thought about cancer, until the day she opened her biopsy that read: 'Carcinoma Stage II'. A message like this for some persons would be a game stopper, but for Nurse Reid, it is a chance to live with a greater purpose.

It all began in 2014, when she felt lumps in both breasts, a revelation that made the then 57-year-old hysterical and had her rushing through the doors of the Jamaica Cancer Society to do a mammogram. Luckily, those lumps were benign and not cancerous and the lumps eventually went away.

But in April last year, the lumps returned and, again, in both breasts, but this time Reid was not so lucky.The lump in the left breast vanished after a while, but the lump in the right remained.

"I told my doctor about my concern and insisted on getting a referral to do an ultrasound. The next day, I went for the ultrasound and the radiologist told me I would need an urgent biopsy. As a healthcare professional, I knew that meant they suspected cancer," Reid told Flair.

She remembers the day she received her results as if it happened only yesterday. Overshadowed with anxiety, she could not open the report, however, she gently whispered a prayer beckoning to God to prepare her for the worst. And yes, He did.

"The room swirled and suddenly darkened around me. The result was positive. With tears in my eyes, I shuffled towards the sofa. Then I heard a voice. Don't let Satan see your tears. Immediately, I felt something coming to rest on top of my head and enveloping my body like a blanket. I closed my eyes and surrendered to the moment ... and began to worship God," she recounted.

The first person she told was her doctor, who responded in a way you would never have guessed, with an expletive.

Reid underwent a successful surgery at the Kingston Public Hospital to remove the breast. During the surgery, not one but 11 lymph nodes were removed. Of the 11, 10 were positive for stage two cancer, while the other was positive for stage three, the worst type of breast cancer.

NO PLACE FOR CANCER

"There was never a time when I felt like giving up. I think nothing about cancer," she said.

While battling the disease, she was always optimistic, but she admits there were challenges.

"The early stage of chemo was the hardest. Even though I knew the medicine was good for me, I dreaded it. But, I grew physically stronger as my body adjusted to the treatments," she told Flair.

"Through it all, what kept me going was the knowledge that the discomfort wouldn't't last forever. I told myself it was only for a season. My faith in God and my children also sustained me."

Having cancer was not a life changer for Reid. She lived and still lives as if it never happened. Exercising and maintaining a healthy diet has always been her priority and has helped her through her dreadful circumstance.

Today she is as energetic, optimistic, and courageous as she has ever been. She uses her experience to make a difference.

"Now I'm determined to make an impact in the lives of newly diagnosed patients. Sometimes when a patient's result is positive they may break down. With their consent ... I would share my experience with them. I have no qualms about letting them see my scars," she explained.