Loving What You Do - Stines' Story 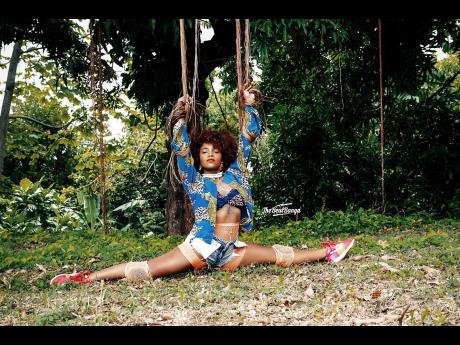 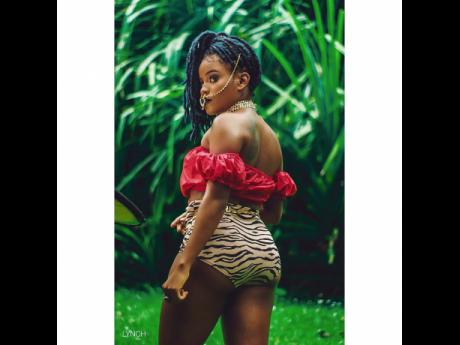 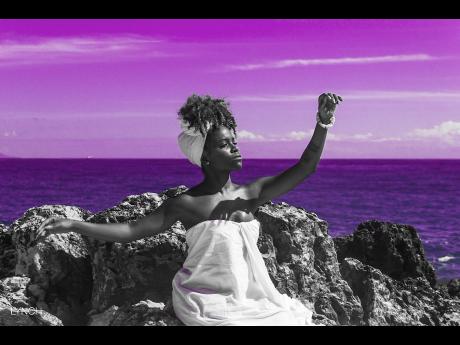 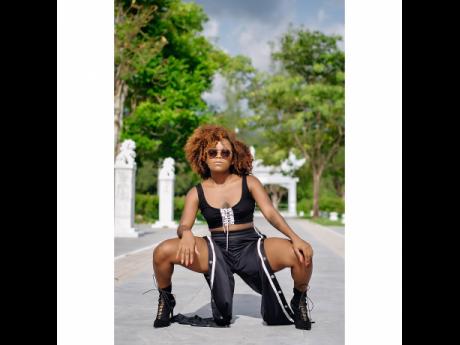 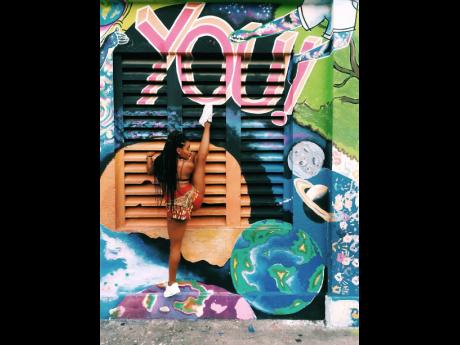 Steve Jobs stating "The only way to do great work is to love what you do." resonates with the beautiful Amanyea Stines, who embodies pure artistry, producing incredible work through movement as she dances to the beats of dancehall.

Stines is all too familiar with this genre of dance. In fact, she has spent all of her life on stage. Trained in ballet, modern contemporary, jazz, folk forms, Latin ballroom, hip hop and L'Antech, she explained that while the exposure to dancehall was always present, she never truly fell in love with the art form until she returned home from studying in the United States. "The dance company where I trained, L'Acadco: A United Caribbean Dance Force, blended dancehall with the other techniques. However, as a solo dancer, I started to fall in love with dancehall even more after I moved back home from the US. I was introduced to hip hop in Pennsylvania and I was intrigued at how intricate social dance was in America. I grew to respect my culture a lot more because within hip hop, my dancehall energy made me more interesting. 'Learn fi dance a yaad before you dance abroad' is a mantra I live by," she told Flair.

She went on further to point out that a lot of Jamaicans believe that a trained dancer is someone who does ballet or modern contemporary dance. But it is difficult for these 'trained dancers to cross over, making dancehall a technique within itself, "My love for this technique grew when I realised that dancehall is not only a technique, but a lifestyle. I love the music, the energy, the dancers, the fashion, the people and to be 'inna di dance,' she added. She takes pleasure in mixing and blending movements from different techniques, noting that her strength in dance is her versatility, something she would never want to lose.

When asked what obstacles she has encountered during her performing journey, funny enough, she stated that she has been too short for a lot of job opportunities. Stines reflected that there is not much to do if the problem is her height, so she perseveres, remaining optimistic as she prepares for whatever comes next. "My favourite dancer, Kaelynn Harris, also said in an interview that she was turned down a lot because of her height. She is now one of the most successful hip hop dancers worldwide. I think about her and keep my head up," she shared.

Her many memorable dance performances to date include dancing alongside Tifa, Jidenna, Etana, Ce'Cile, and Sean Paul, and she shared her memories of all of them "Tifa has so many creative ideas and an amazing energy. Jidenna was warm and humble and his choreographer introduced me to Afro beat dance style. It was difficult but (it became) the start of my love of a new dance style. Etana was my training ground. I danced with her at a very young age and this introduced me to dancing for stage shows. While Ce'Cile helped me launch my career even further, she is one of the most professional, respectable, and genuine artists I have worked with."

Dancing with Sean Paul, she revealed, might have been one of her hardest dance experiences yet, having to learn nine dances via video in a short time as well as two more dances on the day of the show, "This is how the international space works, but the choreographer, Tanisha Scott, made the process smoother. It was an honour to work with such a world-renowned choreographer."

When performing and executing someone else's choreography, Stines confessed, you have to capture what the choreographer wants to express. She loves to perform and interpret different choreographers' intentions. Choreographing, however, exposes more of who you are, she says. It is almost like stripping your mind naked of your thoughts. It is allowing your artistry to be judged by others. As nerve-wracking as it may be, she loves to create on different bodies and see how dancers interpret my movements.

She was recently asked to choreograph for Cardi B, for the video, Ozuna La Modela featuring Cardi B. Stines described the experience as amazing, "Not only was Cardi B cool to be around, her production team was, by far, the best production team I've worked with. They had so much respect for the dancers and they were all so accommodating. It was a one-day shoot and everything went so smoothly. As for Cardi B, she was very humble and hilarious. It was a beautiful atmosphere."

So what's next on the dancing train? "I am now a part of a dance crew called 'Versatile Ones' and we have many projects this year to release. I will also be involved in movie and film productions as an actress and choreographer. 2018 looks very promising."

Her advice to persons wanting to pursue their passion in dance is to go for it. "I am going to be honest, it is not easy. It is actually too hard. The competition out there is so rough and you better be ready. You have to train more than anything else. You have to dance almost everyday. Dance requires a lot of research. You have to be ready to fail and try again. Once you can understand that, keep your head up, believe in what you have, and compete against yourself first. It is an exhausting but fun career. You have to eat it, sleep it, love it, and be it."