Laws of Eve | Legislation is urgently needed to deal with IVF 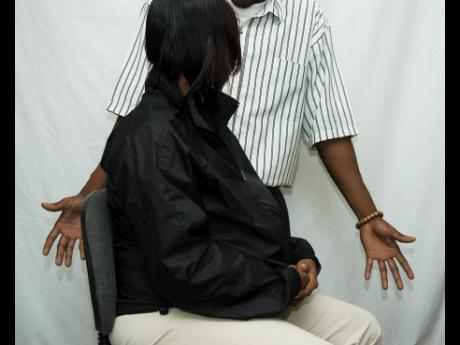 As the number of cases involving assisted reproductive technology continues to multiply across the world, and even as some of that same technology is being utilised with increased frequency in Jamaica, we still have no legislation that deals with any aspect of it.

In my legal practice, I have been consulted by clients who have trouble conceiving and are undergoing fertility treatment, including the harvesting and storage of eggs, sperm, and embryos, surrogacy agreements and artificial insemination. In all cases, I am asked to explain the legal position in Jamaica, which begins with the admission that it is uncertain.

Many of the questions surround the ultimate ownership of the embryos in the event the couple separates after undergoing treatment, the legal recourse that is available if the surrogate changes her mind and refuses to hand over the child after delivery, whether the surrogate can be paid and how to prevent a sperm donor from claiming paternal rights in relation to a child conceived through artificial insemination.

In relation to the ownership of embryos, the following cases demonstrate some of the issues:

In 2015, a legal battle between Sofia Vergara and her ex-fiancÈ, Nick Loeb, came to light. Together, they had created embryos and, after their separation, he wanted to be able to use them, but she wanted to destroy them. The case was eventually dismissed in a Louisiana court in August 2017 on a technical issue that the State of Louisiana had no jurisdiction over the matter, since the parties' and embryos' rights needed to be determined in the State of California where they were conceived.

In March of this year, yet another legal battle started in New York between Kevin Heldt and Ilissa Watnik. The couple created embryos after unsuccessfully attempting to have children. They signed documents stating that Watnik had the right to use the embryos "for any purpose, including attempting to establish a pregnancy". The relationship ended and Watnik contacted the fertility clinic to use the embryos. The clinic, in turn, contacted Heldt, reminded him of the agreement and advised that they would give the embryos to Watnik unless a court order prevented them from doing so. Heldt filed his claim, and we will watch this case unfold.

The case involving Jacob Szafranski and his ex-girlfriend, Karla Dunston, went all the way to the United States Supreme Court, which awarded custody of the three frozen embryos they had conceived, despite his objection. The sad background to that case is that the embryos were created before Karla underwent treatment for lymphoma. The couple had no written contract, but the consent form they signed at the fertility clinic provided for the embryos to be used only with the consent of both parties. Despite that, the position the court accepted is that there was a verbal contract between the parties to allow Dunston to use the embryos and the signing of the consent form did not modify that contract. This case took five years to be determined.

Regrettably, there are still unresolved issues in this case that could lead to further litigation, because the successful use of the embryos will make Szafranski a biological father. Will he then have parental rights or financial obligations in relation to that child? Only time will tell.

There are still other issues concerning the regulation of fertility clinics and cryostorage facilities. In March, the University Hospital Fertility Center in Cleveland and the Pacific Fertility Center in San Francisco experienced refrigerator malfunctions on the same day. These incidents have destroyed irreplaceable genetic material of hundreds of patients, and class action lawsuits have already been filed.

The question is, "Where do we stand on these issues in Jamaica?" Some guidance is needed from our legislators, and I am of the view that the matter is urgent.

- Sherry Ann McGregor is a Partner, Arbitrator and Mediator in the firm of Nunes Scholefield DeLeon & Co. Please send questions and comments to lawsofeve@gmail.com or lifestyle@gleanerjm.com.