The pleasures of business with Paul Brunson 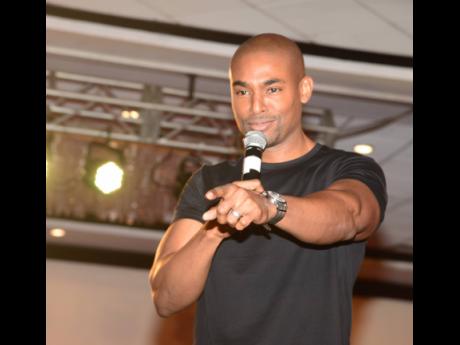 Contributed
Motivational Speaker Paul Brunson invites you to tap into your extraordinary talent. 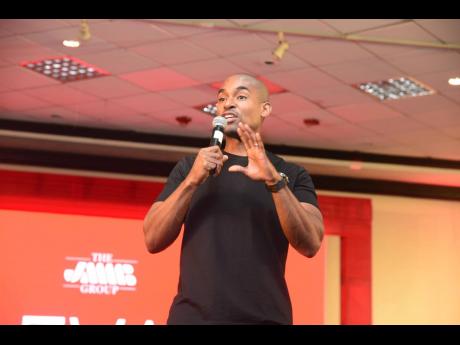 Contributed
Brunson takes great pleasure in the business of mentoring others. 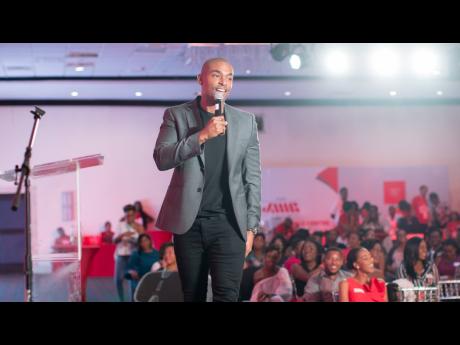 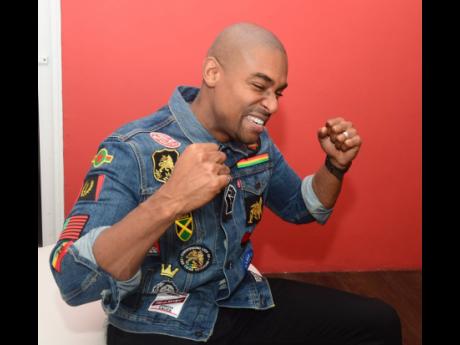 Contributed
Paul Brunson caught candidly in action during an interview with the Flair Magazine. 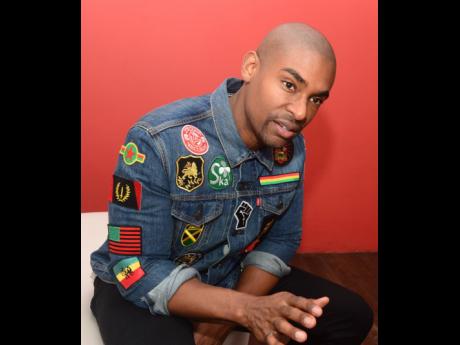 Contributed
Success, according to Brunson, is the active pursuit of your goals, taking in the lesson of the journey, rather than focusing on the destination. 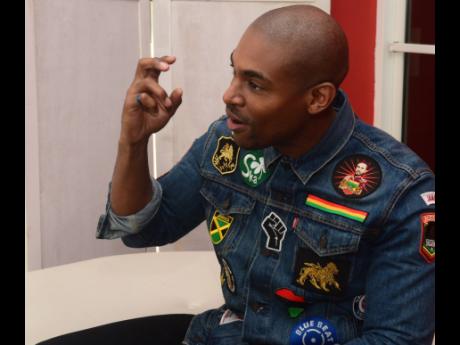 Contributed
Whatever creativity your mind can conceive, you can work hard to achieve it,
1
2
3
4
5
6

“It’s not simply about knowing your worth, it’s about having the strength to accept nothing less.” After studying in the respective areas of expertise and learning the very best from others who have been outstanding or who are excelling in these fields, Paul Brunson has applied a pragmatic approach of knowledge and experience, making this formula the key to his success.

This serial entrepreneur, television host, speaker, author, and matchmaker graced our green shores recently for the JMMB Group’s Elevate, the goal-getter series held at The Jamaica Pegasus hotel. The event, dubbed ‘level up’, saw Brunson actively engaging with his interactive audience, all while sharing advice and tips on how to achieve and keep wealth. Flair Magazine got a one-on-one interview with the multitalented businessman, where he relayed some refreshing insight into the identifying, diversifying, and attaining your dreams.

“The basic line definition of success is having a goal and reaching a goal. No matter how small or big it is, to many people, if you have reached that goal, that is success,” he said. He argued, however, that for him, success is the active pursuit of the goal. “It’s not about reaching, it’s just knowing that you are still going in forward momentum in the goal. You haven’t given up, you haven’t stopped. You could pause, you could stand still, but you’re still keeping it moving. So if you’re moving towards and you’re on that expedition to get it, that’s success: you’re winning. It’s not about the end result, it’s about the journey,” he added.

From the pursuit of passions to unlocking the key to true love, Brunson has done it all. Making a business out of helping others was no easy feat. He had already experienced more than his fair share of struggles and obstacles. And the setbacks led him down a dark tunnel. But he kept his vision bright nonetheless, noting that change begins from within. And doing the necessary adjustments meant stepping outside of his comfort zones and basking in that blazing sun of understanding.

So, his days typically start at 4 a.m., a direct result of quality sleep received from the previous night. From there, he releases endorphins through workout, meditating, and reading before embarking on the tasks that await. That, he says, provides both stability and balance.

Having 10 jobs is no easy feat. Hosting a television show in the UK, his second season is the most popular prime time relationship show; writing a business column for USA Today, hosting a digital show for USA Today; offering consultation to Fortune 500 companies; engaging in public speaking, being an author, matchmaker, influencer, the founder and chair of ‘Give Love, Build Hope’ – a non-profit organisation as well as sitting on the board of the directors for two major companies are among the esteemed roles that he plays daily.

It’s important, he says, to have extraordinary skill in your craft. For him, taking on pro bono clients resulted in him meeting and working with the great Oprah. So great opportunities come first through having great skill.

Add to his daily operations his roles as a husband and a father, which he sees as his greatest achievements. How does he balance it all? His answer: he doesn’t. He prioritises, ensuring that he focuses on the task at hand. Some of his jobs are seasonal so that helps a great deal. He also finds the commonality of them all, interconnecting and interrelating everything. But he isn’t without low points. “Questioning if your marriage is going to last, as a matchmaker, is never a good thing. Everyone has different values and when you are at risk of losing something you value, that is your lowest point.” And so, he learned to work on it and grow in love again.

It is his desire to become a game changer through mentorship and the development of the new generation. His advice to aspiring entrepreneurs is to believe in yourself. Brunson says that you can either be process-oriented or goal-oriented. Goal-oriented people have a lower level of satisfaction while process-oriented people learn from their undertakings and grow in that regard.

For more information on Brunson’s many talents or how you can join in on his non profit pursuits, you can find him on Instagram: @paulcbrunson, Facebook: Paul Carrick Brunson or check out his Youtube channel Paul C. Brunson.