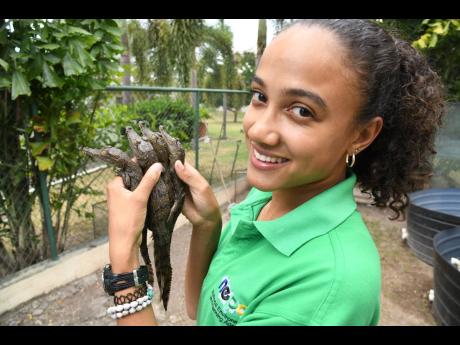 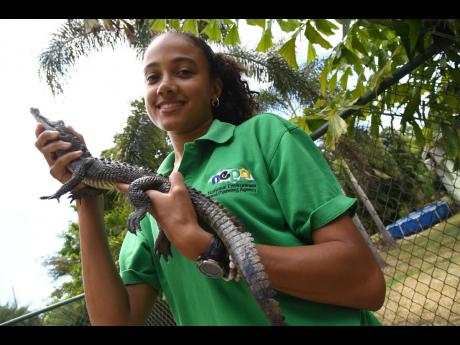 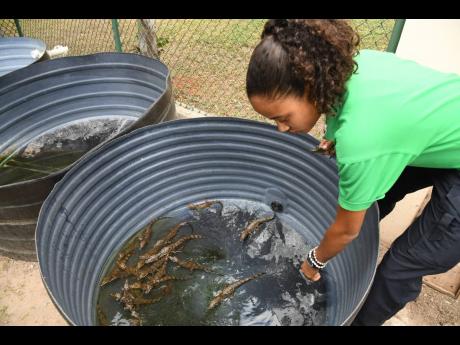 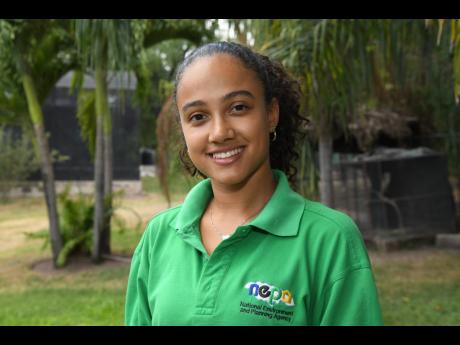 With a fearless passion for conservation, wildlife biologist Treya Picking decided to dedicate her life to becoming one of the key voices for endemic species within Jamaica. "My job is to conserve and protect Jamaica’s endangered and protected species through various management strategies,"explained the wild life biologist who is currently an environmental officer of fauna at the National Environment and Planning Agency (NEPA).

"I was always very adventurous and into wild life as a child," said Picking as she recounted her introduction to wildlife in England from countless camping trips with her parents. At age 11 her family decided to move to Jamaica where she grew a great appreciation for the tropical island. "When I got here I noticed the pollution and how poorly the environment was being treated. I was not pleased with what I was seeing.

As she began her search for the right University, Picking was pressured into choosing a field that she wanted to base her career in. "I said if there was anything I wanted to do academically, it had to be something to do with the environment," stated the 22 year old. When she discovered courses for wildlife conservation, Picking realised that she found her calling which ignited a deeper sense of purpose in her.

Prior to attending the University of Kent in England, Picking joined the Jamaica Iguana head start program which is one of the most successful conservation stories world wide. "Working with that program taught me a lot, and I became more passionate about Jamaica's wildlife," said Picking whose long term goal is to become one of the key advocates involved in safeguarding Jamaica's wildlife.

She officially became and environmental officer at NEPA in 2017 which has been an exciting journey so far. "My job is exciting because I am very passionate about wildlife and we deal with a variety of situations on a daily basis. These situations range from investigating a wildlife crime to relocating animals," said Picking.

Picking can easily be seen as the youngest female crocodile whisperer on the island. "Crocodiles need a voice. There are so many misconceptions of the crocodiles we have here in Jamaica and I enjoy being able to educate people about them. I always walk away feeling like I made a change in the mindset of people towards them," said Picking.

With very few persons within the profession in Jamaica, Picking admits there are a number of challenges associated with the management of wildlife in Jamaica. "There are not enough of us to handle everything as efficiently as possible. However, we do what we can to the best of our ability," she said.

Some of her achievements include; receiving the award for Rafael Crespo Conservation Endowment Scholarship in 2018, An internship with The University of Florida Croc Docs where she was trained in assessing and monitoring crocodilians. The knowledge and skills gained from this internship will help to improve crocodile conservation in Jamaica. She was selected to be a participant representing Jamaica on the Iguanas and Conservation Workshop in Roatan, Honduras in 2018. She also received 1st Class Hons Bsc. and awarded the 2017 Worcester Prize recipient for Durrell Institute of Conservation and Ecology, University of Kent in England

"Conservation is my passion and I would love to see a Jamaica where wildlife and humans can live in harmony," said Pringle.