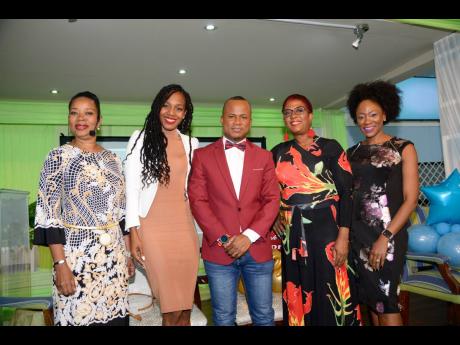 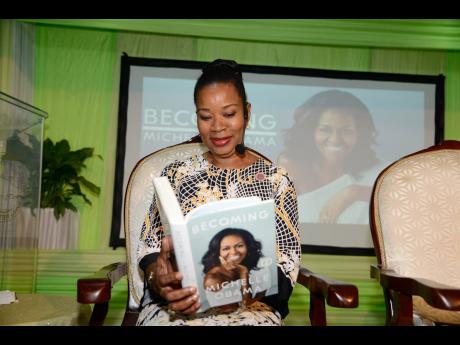 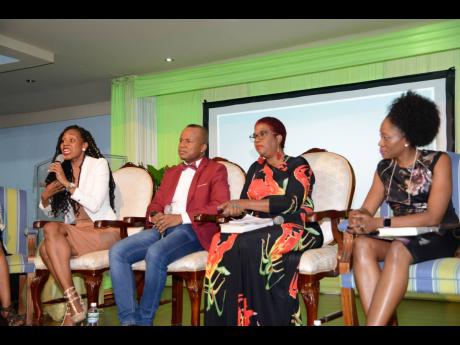 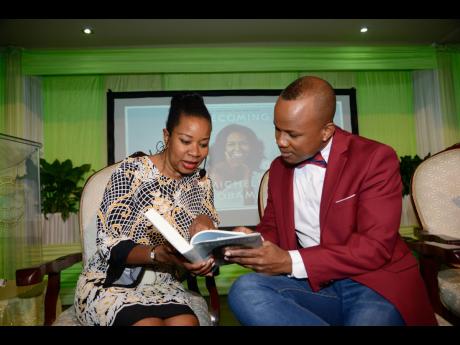 What does it mean to ‘become’? For Michelle Obama, becoming meant embarking on a journey of self-discovery, which led to the evolution of her character as a woman, a daughter, a mother, and not to mention the first African-American first lady to ever set foot inside the White House. The book Becoming is Michelle Obama’s personal biography, which gives in-depth detail of her struggles and triumphs at various stages of her life.

Last Thursday, for International Women’s Day, The Universal Center of Truth For Better Living held an invigorating discussion about the lessons learnt from the book. With the Reverend Sheila McKeithen as the mediator and panel members which included Terri-Karelle Reid, George Davis, Nadeen Mathews-Blair and Sandra Samuels, they held a lively and inspirational conversation about what it means to become.

The panel discussed key themes within the book which focused on family, friendship, self-development and relationship. “Throughout her book she talked about the different lessons she learned from the situations she has been in. All the family values and the roles she played helped to shape her into the woman that she is,” said Rev McKeithen. The tone of Becoming was very passive due to its reflective purpose. This allowed Michelle Obama to effectively connect with her readers who were able to find the book incredibly relatable. As she dug into her Southern roots, we began to see her foundation, her core values and the perfect box checker she had to become in order to level up.

In the midst of becoming, Michelle discovered how unhappy she was with the seemingly perfect life she created for herself. She was a lawyer, she made good money and was able to afford anything her heart desired. However, she did not feel as if she was fulfilling her purpose in life. With the introduction of the gangly, handsome and incredibly educated Barack Obama, Michelle decided to come off that straight and narrow path, and made her first swerve.

To swerve means to take an introspective look into yourself to see what you truly want out of life. Not following the rules and guidelines dictated by society and simply becoming the person you want to be for yourself. The panel’s analysis of the book took a turn as they ventured into how Michelle was depicted in the media. “Media is a reflection of our culture. Even though times have changed and we see women in different types of positions and playing important roles in society, the fact is, until it is broken down on how people perceive us, at the end of the day you will see a woman that has a lot going for herself be reduced to what she is wearing and how she looks,” said a very passionate Reid.

“A lot of young girls are torn between the becoming and how do I get there,” said Totally Male CEO Sandra Samuels. The book showed how difficult it was for Michelle get into the roles she is currently playing in her life. Becoming a mother was difficult and she needed the help of IVF. Becoming the wife of Barack Obama was difficult because of his extraordinary personality. Becoming a career woman took a lot of work, and removing herself from the forefront to become a better mother for her daughters took courage. Being the centre of attention as the first African-American first lady was a learning curve she had to become very good at, very quickly.

“One of the best things you can do for yourself and your children is to encourage reading. Obama was an avid reader and she saw all the knowledge he gained from reading manifest through the speeches he gave. It helps you take in a lot, which can only help you on your journey of becoming,” said Nadeen Matthews-Blair. As the only male on the panel, George Davis made insightful points by using different scenarios from the book. “The unity between Barack and Michelle reflected how strong their reputations were. An individual’s greatest asset is not the physical things they have, but their reputation,” said Davis.