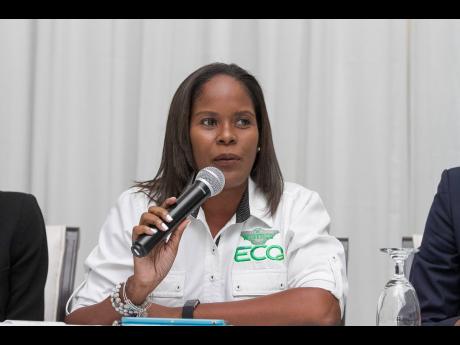 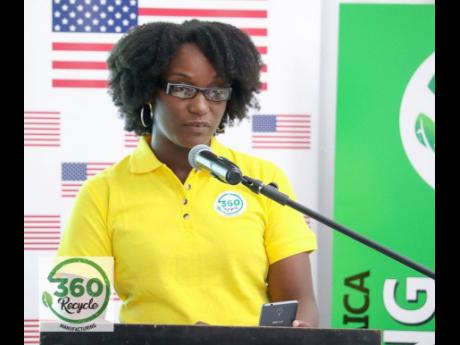 An amazing woman once said, “A woman is the full circle. Within her is the power to create, nurture and transform.” We are recognising some amazing women who are doing exceptional work to create, nurture and transform a world that is eco-friendly and filled with people who are environmentally conscious. It may be said that it’s a man’s world, but these women are ensuring that this world remains cleaner and greener for ages to come!

Shelly-Ann Dunkley, an accounting graduate of Howard University, has worn many hats in her professional life before settling in her role as the environment communications officer at one of the Caribbean’s largest beverage-producing companies, Wisynco Group Limited. So how did this accounting major become a champion of sustainable Jamaica?

“After graduating Howard, I worked for eight years in the US during the time where it seemed that every company and family was a part of the ‘Go Green’ campaign.”

This is where her passion for the environment was ignited. As a proud Jamaican woman, she decided to follow this passion back to her homeland of ‘wood and water’, where she would go on to create the island’s first environmentally themed magazine, ECCO Magazine – Environmentally Conscious Consumer Operations. Through the magazine, Dunkley built a network of like-minded persons who realised the need for a cultural shift in how Jamaicans manage their waste.

Doing what she loves, Dunkley currently leads Wisynco’s environmental campaigns to encourage recycling and other eco-friendly practices in Jamaica, and to assist persons in their efforts to become more environmentally conscious. In just two years, she has hosted over 100 workshops focused on educating persons about the importance of recycling. She has also involved 90 schools in recycling initiatives, rallied 18 corporate companies with over 3,000 employees to begin recycling through the Wisynco Recycle Challenge, and orchestrated several events that have led to the collection of over 10 million bottles to date. A vision for success and dedication to excellence, Dunkley is committed to continuing her work promoting recycling islandwide.

“Recycling wasn’t something that I was initially passionately interested in even though I always loved nature. But, I quickly accepted that I had the opportunity to be a good steward of creation, and to do my part in combating climate change and allowing others to be a part of that.” Inspiring words from the humble yet impactful Keisha Cole, director of 360 Recycle. The company is a social enterprise whose sole mission is to utilise waste to create useful products, using a circular model of recycling.

Having pioneered a concept of recycling that has never been applied in Jamaica, 360 Recycle makes a wide range of products, such as playground equipment, outdoor seating, and planters. The team also utilises glass, paper and packaging styrofoam, and to a lesser extent now PET bottles in their production. With its current model and product offering, the business is currently listed as one of a few companies utilising waste packaging foam as raw materials in the world.

360 Recycle is the brainchild of Scheed Cole, her husband, who has spent his life recycling without knowing it, and by default she became one of the business’ directors who would lead the creation of the values and the mission that the company is known for today. Established in 2016, 360 Recycle Manufacturing Ltd has grown significantly since its inception and the company has received support from the likes of USAID, JN Foundation SEBI incubator programme, as well as the World Bank’s Caribbean Climate Innovation Center incubator programme, and Katalyst Programme. Numerous Jamaican organisations, such as the Ministry of Tourism, Jamaica Social Investment, Forestry Department and Digicel have utilised the company’s groundbreaking products such as recyclable recycle bins, eco-construction, outdoor-seating and eco-playground elements.

The forging of like partnerships and the negotiation of funding has helped to land Mrs Cole her current position as the general manager of 360 Recycle. Alongside her husband, Cole has led the company to receive the National Award for the Energy Globe Awards in both 2017 and 2018. Pushed by the impact that 360 Recycle has had since its inception, she envisions the company growing to its full potential as one that will make an impact not only locally but internationally as well.