Ann-Marie Campbell: From cashier to C-suite 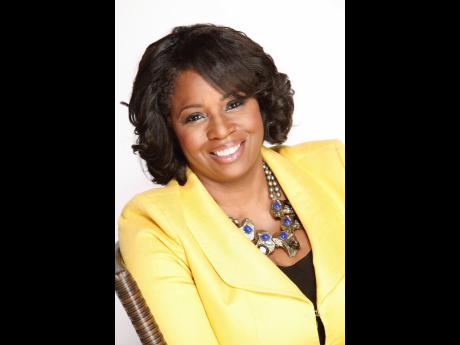 Most people wouldn’t give good odds on a young woman going from cashier to having oversight of over 2,000 stores in a major North American Fortune 50 corporate retailer, Home Depot.

But beating the odds is exactly what Jamaicans are known for and that’s exactly what Ann-Marie Campbell has been doing since her childhood. Campbell will be returning to her beloved Jamaica as a speaker at the Destination Experience Visionaries’ Summit on April 5, 2019. (The summit runs from April 4-6).

She learned her first lessons in retail ‘right at home’, so to speak, from her grandmother in Jamaica. Campbell’s father died, derailing the family, when she was not quite two years old. Her grandmother not only raised her, but ran a successful furniture and appliance business of her own – and as a divorcée. Those summers spent in that store would, in fact, prove to be a valuable, if informal, ‘internship’ for the greater roles that lay ahead.

Campbell also recognises the formal learning she received at her alma mater, Holy Childhood High School, saying that the “structural discipline” of that Catholic institution was very helpful on her journey.

That classic immigrant journey, however, played out in even less restrictive and confounding times than the present and had its share of challenges. She left Jamaica to pursue higher education in the United States (US), earning her first degree in philosophy (of all subjects) and followed that up with a master’s degree in business administration from Georgia State University. Along the way, she faced the well-known obstacles of institutional racism and gender discrimination, but the unique Jamaican combination of fire and poise enabled her to sail past and around those and excel.

Campbell is obviously very proud of her Jamaican heritage, which is proven by a simple Google search. Not all diaspora members operating at the highest levels are recognised as Jamaicans, and we often end up happening upon their connection to our island. But with Campbell, it’s hard to find any documentation that does not associate her with her roots.

She was also driven by an unusual thirst for knowledge.

“I always believed that the ability to conduct fact-based discussions based on knowledge of a subject, is a distinct advantage,” Campbell said. She made the US National Scholars Honor Society and is also a member of international business honours society Beta Gamma Sigma.

This combination of attributes facilitated her aforementioned rise through the ranks at Home Depot, which had already achieved national status by the time she started as a cashier in 1985. Only four years thereafter, the organisation surpassed rival Lowe’s to become the largest home-improvement chain in the US. What Campbell may not have known then, was that the breakneck pace of expansion had created spiralling debt. She was all too busy in her own race, transitioning from store manager to district manager and later to regional vice-president. As a true ‘mailroom-to-marquee’ type of executive, she had, at various times, responsibility for operations, merchandising and special orders, retail marketing and sales, as well as vendor services.

Her appointment in 2009 as president of the Southern Division of Home Depot coincided with the housing crisis in the US and the worst global downturn in over 70 years. Layoffs and some closures ensued (including the entire EXPO interior-design business), but Home Depot and Campbell were able to weather the storm.

That resilience, coupled with her natural Jamaican charm (Home Depot’s co-founder, Bernie Marcus, would joke that for the first five years, he had no idea what Campbell was actually saying but knew that his customers and associates liked her), clearly endeared her to the executive board, and they gave her responsibility for the 2,000-outlet network at another crucial time; with revenues at US$88 billion, the company announced, a strategic revenue target of US$100 billion over the next three years.

Recognising, among other things, that close relationships between associates and the professional contractors that make up the bulk of Home Depot’s customers was critical, Campbell created a merchandising execution team (some 40,000 nationwide at the time) to tend to store appearance and stocking needs. That freed up the remaining associates to ‘serve and schmooze’ the customers, which, in turn, helped with loyalty retention and boosted sales.

Of course, after three years, it was ‘mission accomplished’, and Home Depot moved into the ‘US$100 billion Club’ – on the same footing with other retail giants like WalMart, Kroeger, and Amazon. But with all her success – she regularly shares her expertise and experiences with a wide variety of audiences – it’s the intimacy of the shop floor that still provides Campbell with her best inspiration, and many associates vouch that she ‘still speaks good badge’.

She’ll be sharing some of the insights that she has gained on her journey at the upcoming Destination Experience Visionaries Summit in April. She will also bring the unmistakable passion and determination that saw her through three decades at Home Depot and helped her to perfect the work-life balance of motherhood and career. She will also share how she is giving back, including the establishment of the Ann-Marie Campbell Scholarship for undergraduates at the J. Mack Robinson College of Business at Georgia State.

But mostly, she will be sharing the belief that it is entirely possible, if you’re committed, conscientious, and aware, to beat the odds – whether as an individual or as a country.