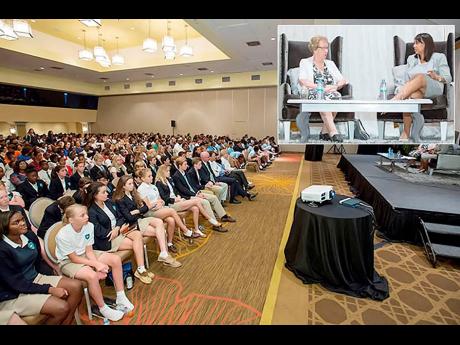 Between 1941 and 1945, there was a Jewish genocide during World War II, where the German Nazi systematically murdered approximately six million European Jews. They call this The Holocaust, which is also popularly known as the Shoah.

Holocaust survivor Eva Schloss, stepsister of Anne Frank (a German-born Jewish diarist – one of the most discussed Jewish holocaust victims. Her book is one of the most popular in the world and is used for many plays and films), is touring the world and telling her story, which includes her experience at Auschwitz concentration camp, her relationship to Frank and her efforts for global peace.

Schloss decided that it was time to speak up in the 1980s after having it bottled up for 40 years.

Schloss, who will turn 90 in May, had one brother, Heinz, and was born in Austria to parents Elfriede and Erich Geiringer. After the annexation of Austria, her family left for Belgium, and later to Holland. There, she met Anne Frank, who was just a month younger than she was. From 1972 to 1997, Schloss ran an antique shop in London and became more involved in Holocaust education, bringing awareness and talking about her experience.

Schloss says that her talk in Kingston will cover her life story, as well as refugees in the world today, poverty, and the differences between the rich and the poor, hatred, and discrimination.

Schloss is set to arrive on the island tomorrow, and will be at The Jamaica Pegasus hotel at 7:30 p.m. to give her lecture. All are welcome.