Kelly's World | Run along little sheep, get my soup 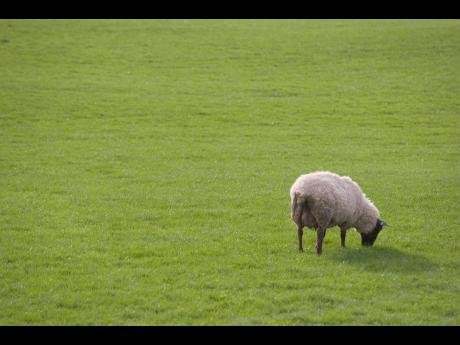 “If God didn’t want them sheared, he would not have made them sheep.” – from the movie The Magnificent Seven .

One day I was waiting for my trusty father to pick me up from high school (thank God I didn’t have to take the bus all the time).

I was hanging out by the science labs and unknown to me at the time, one of the teachers sold soup on specific afternoons.

I was seated near a bunch of older students, one of whom was a track star.

He handed me 25 cents (things were cheaper back then) and ‘asked’ me to buy a cup of soup for him.

I say ‘asked’ because it really didn’t seem like a request. Now, this guy was at least six feet tall and I was nowhere that height. I’m not near it now, so imagine me at age 13.

So I meekly took the money and made my way up the steps to the home economics department.

Turns out the soup was 30 cents, so instead of heading back downstairs, I promptly put the extra five cents. Making my way gingerly down the steps.

It wasn’t until years later that I realised just how sheepish I must have looked.

This guy and I weren’t friends. There were other students who, I assume, were his friends, sitting right there.

He simply could have sent one of his girls to do it.

If it was today, especially if I was having a bad day, I might have told him what I should have told him 25 years ago: ‘Man, get yuh own damn soup’.

Now, to his credit, the track guy probably wouldn’t have beaten me to a pulp, but that’s how much of a sheep yours truly really is.

I say is, as opposed to was, because I haven’t really changed. Human beings don’t. I still get ‘bullied’ all the time.

The fact is, some of us will forever be sheep, others shepherds, and others, worse yet, will be wolves.

To be fair, I think I’ve learned how to just not go with the flow of the ‘natural order’. I’ve stood up for myself, at times; went against the shearer, if you will.

But there’s a difference between not allowing yourself to be treated as sheep, and just being a bully yourself.

In my opinion, there have been more than a few times that I’ve snarled at people who couldn’t ‘bad up’ somebody else and I came out looking like the bad guy.

It’s like if you finally kick the school bully in the shin after years of losing your lunch money, and you end up in the principal’s office. Life unfair, bwoy.

I guess I just have one of those faces and overall demeanours that as some people take one look, they see a ‘weak fence’, easy to be trampled.