Minding your business with Wayne Green 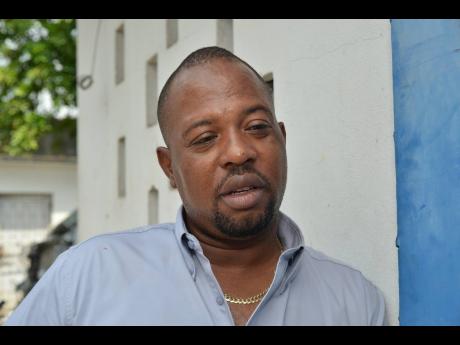 Kenyon Hemans
Wayne Green, director of The Spray Box speaks passionately of being an entrepreneur.

Men, materials, money, and machinery. Wayne Green uses this essential four ‘M’ tactic as tools to keep The Spray Box fully functional. That is, however, just one strategy the self-starter employs to effectively operate an auto body work, spray, paint design, buff, and polish shop. So, how else does he earn his success? Let’s find out.

Some businesses can barely manage to hover over one day’s challenges to the next. Others are able to progress with energy and vision. Green, the business whiz, has found himself celebrating the latter, noting that it’s his leadership adroitness and persistence that make him successful. He started The Spray Box several years ago with $50,000, after selling his car. This was immediately after a banking institution disapproved his loan application. Still, through determination, Green has been able to expand his entrepreneurial endeavour. Now he’s sharing his skills with youngsters.

“Whatever business venture you are thinking of pursuing, please, if you don’t know about the area, don’t do it. People will take advantage of your ignorance and, more important, you should be able to correct the mistakes of your workers.” these were his first words when he started to reflect on the difficult, yet lucrative journey he’s endured overtime.

Flexibility tops his list of managerial skills. And although the plan will change as he continuously conceptualises better methods of improving the business and according to the needs of the entity, he insists on keeping this a priority. That’s because “others need a chance to cop their accomplishments”. Therefore, training apprentices while allowing them to make use of a second or third opportunity to get an education is the norm at The Spray Box.

He laments, however, that finding workers with the right attitude and willingness digest what’s unknown to them is often an obstacle course. What’s even worse he said, is the problem starts at the trainee level. His solution is to seek employees from other Caribbean territories.

“I don’t think that the youths who are learning a trade now are as passionate as I was when I was training. I saw it as a meal ticket out of poverty, because I was not educated to the best of tune, The Spray Box is my college and I’ve learned a lot. And I don’t think that these youngsters see trades this way,” he told Flair.

Nonetheless, he manages to maintain a positive work environment, using communication as the major weapon. He confesses that it’s a hard task. This, he asserts, has forced him to devise creative game plans to complete his mission.

Establishing points or levels to contain behaviour, accomplish set goals is another technique that works for his business.

One lesson he has learned from his role as owner and director of his workshop is to lead without becoming emotionally attached to his team members. Green thinks it’s an important bit of information that all entrepreneurs need to comprehend.

“Do not get too close to your crew. Keeping a distance is safer and one of the wisest decision you’ll make as a boss. A closeknit relationship might complicate things between you and the crew and you’ll surely lose,” he advised.