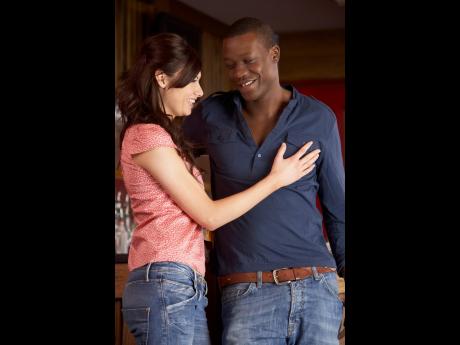 The concept of the world as a ‘global village’, which is defined as ‘a community in which distance and isolation have been dramatically reduced by electronic media’ has shaped the way in which we order our personal lives as well as our local laws. Increasingly, there is the need to consider how the laws we enact will be viewed by international partners and, therefore, affect our country’s relations with them.

As it relates to individuals, the ease of communication and travel across borders means that there is greater likelihood of forging intimate relationships with persons who reside in other countries or relocating our families to other countries. Unfortunately, if international relationships fall apart, our laws are not necessarily designed to deal with the issues that arise, and it is sometimes very confusing what laws need to be applied and whether judgments delivered in the court of one county will be enforceable in another.

In January 2019, the European Union (EU) adopted regulations to assist international couples to clarify issues surrounding their rights and obligations concerning property in marriages or ‘registered partnerships’. The rationale is that the laws in member states that adopt the regulations will help international couples manage their properties on a daily basis or divide them in the event of separation, divorce or death. So far, 18 member states, including Spain, France, and Germany have agreed to apply the regulations.

Some of the issues addressed in the new regulations are as follows:

n Which national court is competent to help couples manage their property or distribute it between them in case of divorce, separation or death.

n Which national law prevails in cases of conflict, where the laws of several countries could potentially apply.

n The recognition and enforcement of a judgment given in one member state on property matters in another member state.

It is still too early to test the effectiveness of the new regulations, but it is likely to be an improvement over what existed before; and there are examples of those problems in Jamaican court judgments – Miller v Miller[2015] JMSC Civ. 18. In that case, there was a claim to enforce a judgement delivered in a court in Connecticut, USA, during matrimonial proceedings between two Jamaicans in relation to a Jamaican property.

The wife had petitioned for divorce in Connecticut, and the husband entered an appearance in those proceedings. He was present when the petition was heard, and the parties reached an agreement to establish a trust over the property in Jamaica in favour of their children and consented to that agreement being incorporated into a court order.

Whereas the judge clearly accepted that a foreign divorce decree is enforceable in Jamaica by virtue of Section 24 of the Matrimonial Causes Act, the question of the enforceability of a Connecticut court order by a Jamaican court in relation to Jamaican property was far more problematic. The reason is that it involves a determination as to whether the order is only binding between the parties (in personam) or whether it determines the legal status of the property once and for all (in rem) or whether any of the exceptions to the usual rules apply.

The Millers were clearly an international couple, whose rights and obligations in relation to properly could (potentially) be subject to the laws of two different countries. In that case, the judge found that, “The proper forum for actions involving title to land is the lex situs. In other words, a court in the commonwealth should not entertain any action which involves title to land in a foreign country”. If regulations, such as the new EU regulations existed, the Millers might have had no doubts as to which national court was competent to handle the property dispute, which laws were, therefore, relevant, and whether the judgment in a court in Connecticut concerning property in Jamaica would be enforceable.

Clear guidance on those issues could have saved time and expense. Can we even consider a solution to these problems within the Caribbean Community?