Laws of Eve | The value of the CARICOM passport 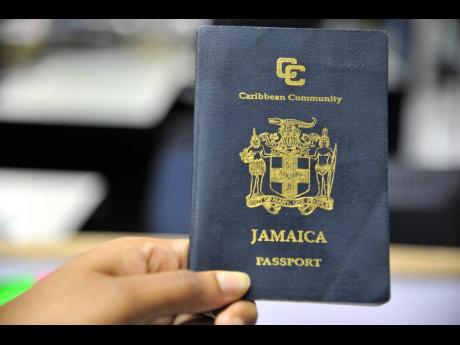 Any Caribbean Community (CARICOM) national with appropriate travel document (a CARICOM passport or a passport issued by a CARICOM member state) is entitled to invoke the right to freedom of movement in CARICOM and be entitled to an automatic six-month stay; subject to exceptions if the person is “undesirable” or “would become a charge on public funds”.

It is not unusual for CARICOM nationals who become citizens of countries, such as the United States of America, to rely on the passports of their new home countries when travelling and forgo renewing their CARICOM passports. For most persons, the decision to maintain only one passport is not deliberate, although they have not renounced the citizenship of their birth country. Typically, the option of renewing the CARICOM passport is simply forgotten because the United States passport facilitates entry to most countries without the need for a visa. Quite simply, the holder of a US passport may ask himself why he should bother to have two travel documents when he only needs one.

The experience of David Bain (DB), a Grenadian national and US citizen who travelled on a US passport to Trinidad and Tobago in December 2017, confirms that there is value in continuing to hold a valid CARICOM passport.

DB’s experience was an unfortunate one. He travelled from Grenada to Trinidad and Tobago on a US passport. Unknown to him, the immigration authorities were on the lookout for a suspected drug offender who was also named David Bain. DB produced his US passport to the immigration officer, who denied him entry and issued a Rejection Order. Rather than invoking his right to appeal against that order, DB left the country.

In reliance on the CCJ’s original jurisdiction to determine matters related to the Revised Treaty of Chaguaramas, DB was granted special leave to enforce his right as a national of a CARICOM state to freedom of movement provided in Article 45 of the Treaty, damages for breach of that right and costs. The CCJ considered and determined three preliminary issues as follows:

(1) Whether DB had waived his Treaty rights by producing a US passport to immigration officials.

No. By exercising the right attached to one nationality, a person who holds dual citizenship does not thereby eliminate the rights attached to another nationality. If DB had a valid Grenadian passport, he could have produced it when he faced challenges when relying on his US passport.

(2) Whether DB’s disclosure of his Grenadian citizenship occurred before or after the Rejection Order was issued.

This issue did not need to be determined because of what was held in relation to the third issue.

(3) Whether the documents produced by DB were sufficient to conclusively prove DB’s Grenadian citizenship and entitle him to be treated as a CARICOM national.

DB produced a Grenadian driver’s licence and voter’s identification card and relied on the fact that the US passport stated that Grenada was his country of birth as proof of his Grenadian citizenship. However, the evidence from the State of Grenada was that the driver’s licence and voter’s identification card were for internal purposes to permit driving or voting in Grenada, and do not purport to establish citizenship of Grenada. This is unlike a Grenadian passport to which rights of citizenship are attached.

In the absence of a valid passport, it would be possible to infer that DB had renounced his Grenadian citizenship.

Ultimately, DB failed to establish his right to freedom of movement as a CARICOM national, because he did not prove that he qualified to be admitted to Trinidad and Tobago by producing his Grenadian passport. Importantly, although DB did not succeed, the CCJ did not order DB to pay costs so as not to discourage persons from pursuing claims that affect economic integration law.