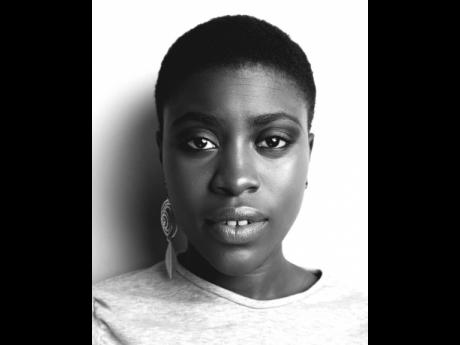 Nickii Kane Photo
How beautiful is this black and white portrait?

Freelance creative director, film director, graphic designer, painter, art director, and director of photography. All these hats sit on the head of one woman, Nickii Kane. Not many adults knew exactly where they wanted to be as a child, but Kane figured it out pretty quickly.

“I knew I wanted to be some kind of artist since grade two. I didn’t know the exact role but I knew. The class was told to draw our favourite animal and I drew an elephant because it was easy. To my surprise, people were raving about it,” she recalled

Hailing from Montego Bay, Kane journeyed to Kingston in 2011 to pursue a career in visual communication at the Edna Manley College of the Visual and Performing Arts. Having graduated in 2016, the even-tempered creative decided to stay in Kingston to nurture the business she had started. Kane recollects the experience of making the transition to photography when she moved from the inner city, where she had no access to the Internet and cable television, into a community where all these amenities were afforded to her.

“My world view suddenly expanded just by watching international television. I remember watching America’s Next Top Model and I wanted to replicate what they were doing,” she laughed.

Stumbling upon a camera in her mother’s closet, Kane’s brother became her muse and she decided to show the world how she saw him via Facebook. The likes and shares motivated her to take the craft seriously. Now she is traveling and capturing the faces and hearts of those who dare to stand in her direction.

Being able to bring a concept to life and capturing life as it is happening are Kane’s favourite parts of photography.

“The process of photography is beautiful. I get inspiration from any and everything around me. I have so many ideas, my creative friends have ideas, we collaborate, prepare the mood board, pitch the idea then after that, it’s just magic,” said the 25-year-old.

According to seasoned photographer Kane, finding jobs isn’t the straw breaking the camel’s back. In fact, it is the quite easy to source jobs once you’ve mastered the art of selling your brand and your work speaks for you. The real challenge is access to equipment. “It is expensive to bring the equipment into the country due to the charges set by the Jamaica customs and the few people who have them, don’t readily rent for obvious reasons.”

“In another five or 10 years, I hope to be travelling the world and doing a lot of work in Africa. Just learning and connecting and giving the rest of the world real, holistic insight on what happens over there.”

Kane advises all aspiring photographers to spend time learning the craft. Be it the aspect of retouching and editing or just simply allowing one’s self to be a part of the experience.