Laws of Eve | Who’s responsible for disposing of a dead body? 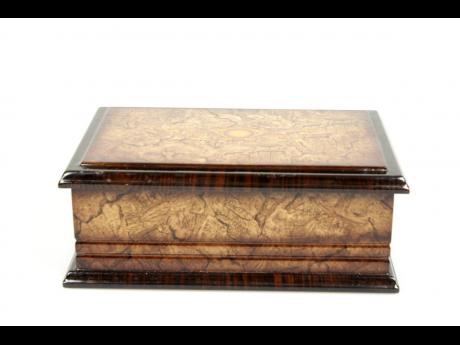 As a follow-up to last week’s article, ‘Who owns the dead body?’, another of my colleagues referred me to a decision of the Jamaican Supreme Court – Adasa Blair and Others v Neville Blair and Another [2015] JMSC Civ 3 – that will help us to delve deeper into the question of who has authority to decide how, when, and by whom the body is disposed of.

In the Blair case, the deceased was a mother of 21 children, 13 of whom survived her. She passed away in Canada on November 4, 2014, after which her children agreed that her remains would be returned to Jamaica and buried on December 6, 2014.

Eleven of the 13 children sued their brother in the Supreme Court to prevent him from acting contrary to their agreement and proceeding to bury their mother on November 22, 2014 when all of the children would not be able to attend the memorial service. The injunction the claimants sought on November 21, 2014 to prevent the memorial service from proceeding was refused.

After conducting a detailed review of the case law from several jurisdictions on the point, since there was no Jamaican case law to provide guidance on the matter, the learned judge’s findings on the matter were captured in the following extract.

The true position is that the common law imposes an obligation on the living to dispose of the body in a dignified and safe way. The underlying idea seems to be one of public health and public safety. Executors and administrators are part of the natural group of persons to whom one would look to see who is going to perform that duty. The law comes to the aid of anyone who wishes to perform that duty, even if that person is a stranger, when it becomes clear that persons who would normally undertake the job are not doing, have not done or perhaps have no intention of doing it.

The common law leans in favour of early, effective, and safe disposal of the body.

Consistent with the common law, this court is not concerned with who disposes of the body, so long as it is being done safely.

In coming to this conclusion, the learned judge made it clear that he was relying on the dissenting judgment of Higgins J in the case of Doodeward v Spence 6 CLR 406 and his findings were that:

“... There is no such thing as property in body dead or alive”;

“... No executor or administrator has any right to the body of the deceased that is greater than anyone else’s ...”; and

“... Executors and administrators can only claim a body on the ground that the body is needed for disposition whether by burial or cremation . . .”

In the end, the question of who has authority to decide how, when, and by whom the body is disposed of is answered with reference to the persons who have the responsibility for disposing of the body, rather than the right to do so.

Sherry Ann McGregor is a partner, mediator, and arbitrator in the firm of Nunes Scholefield DeLeon & Co. Please send questions and comments to lawsofeve@gmail.com or lifestyle@gleanerjm.com.