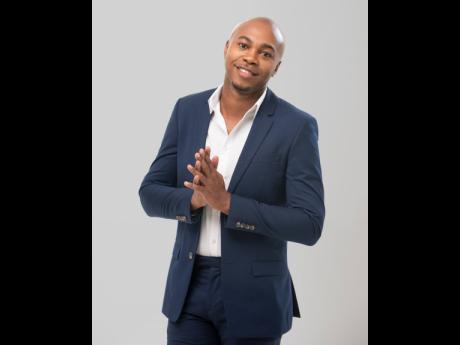 Meet 33-year-old Jaevion Nelson, with a big heart and passion for development that could indeed change a nation.

Born and raised in a little community in Clarendon, Jamaica, known as York Town, Nelson grew up in an extended family and had dreams of becoming both a pastor and a teacher. He spent his spare time as a child teaching the plants and walls different subject areas and, as he got older, volunteering in community development. The year 2004, however, was when real life began. Nelson made his way to Kingston to pursue a bachelor’s degree at The University of the West Indies (UWI).

“By this time, I didn’t know what I wanted to do and two of my friends were going to study hotel and tourism management so I applied and got enrolled. UWI then changed the programme and spending two years in Bahamas was no longer a part of the package, so I moved on and graduated with a BS in Management Studies because I figured it was the next best thing I would be good at,” he said.

After skipping around several jobs in pursuit of purpose, Nelson soon came into some divine luck and was awarded the Chevening Scholarship in 2009. He received a MSc, Social Development & Communication from Swansea University. “I applied and did the interview and, to my surprise, I received a call by the end of the day saying that I was selected,” he said.

Having left our little island in September 2009, Nelson marched into what he describes as his biggest culture shock yet. Despite the very afro-caribbean student population, there were several cultural differences which made it a little hard for him to continue living in Wales and so he moved to London and finished his dissertation there.

He is the executive director of Equality for All Jamaica Foundation. Nelson shared that, contrary to popular belief, Equality Ja does not only focus on the hardcore sexuality issues but all issues that affect the LGBTQ community such as issues of violence, lack of access to justice, access to jobs, rights in the education system, and women’s rights, inclusive of abortion and many others.

“Growing up in the country, I wasn’t exposed to much and so I had a keen interest in development. When I went to Wales to study, I focused my research on homophobia in Jamaica so that I could learn more about the local LGBTQ community and make an impact,” said Nelson. “The whole idea of my dissertation was to understand the challenges people of the community faced and the road to change needed to start with constructive dialogue.”

Nelson hasn’t looked back since and has been raising the bar of intersectionality in Jamaican culture.

Nelson has big plans for himself in the years to come. Enrolled in UWI’s PhD, Gender & Development Studies programme, he will be focusing on the Jamaican Development Agenda and how it has considered worker’s rights, given the challenges that people face in their place of employment. Particularly low-income earners as he is not of the impression that we (Jamaicans) are working to the best of our abilities.

“As a country, we do not treat poor people with the same urgency as we do others of better economical standing and if we neglect the poor, is it really development? We focus more on political and civil rights and while that is important, we cannot neglect the economical, cultural, and social rights of all people,” he said confidently.

“At the heart of everything that I do, I want Jamaica to be a better place. A place where every person, regardless of who they are, who they love, and what they do, have access to equal opportunity to contribute and benefit from progress happening here. A place where we are accepting of every part of our culture.”